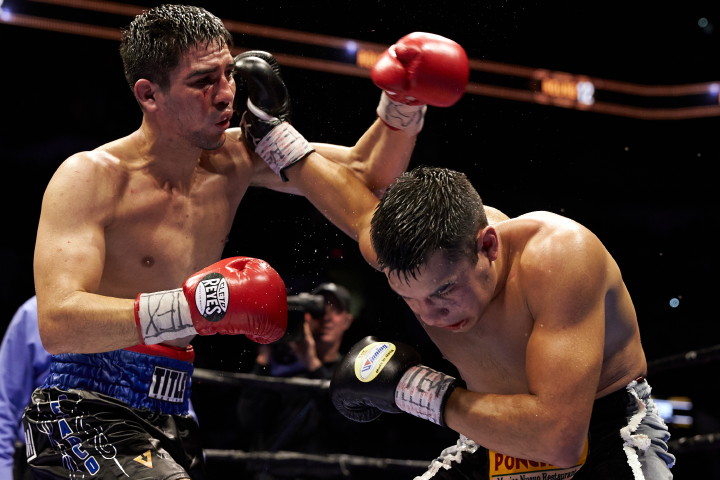 Figueroa threw 1092 punches and landed 414 of them. However, DeMarco landed the harder and cleaner landing shots, and he dominated the last three rounds with his big power shots.

By the end of the fight, Figueroa had swollen chipmunk cheeks from all the heavy shots DeMarco had him with to his face.

Figueroa and DeMarco both failed to make weight on Friday during the weigh-in. Figueroa weighed in at a career high of 151 pounds. For his part, DeMarco weighed 149lbs.

The defeat for DeMarco was his third straight loss since November 2014. He’s a better fighter at 135 than fighting at junior middleweight like he was doing tonight. The same thing with Figueroa. He doesn’t belong in the 154lb division, and he’s going to need to somehow get back to his own fighting weight in the lightweight division if he wants to continue to be unbeaten. If Figueroa tries to test himself against the likes of Jermall Charlo, he’s going to get knocked out fast. Figueroa just doesn’t have the frame to be fighting in the 154lb division. You could tell that by the fat that has settled around his cheeks. He looks like an out of shape lightweight right now. It could be that Figueroa won’t be able to get back down to lightweight. That’s too bad for him because I don’t think he has the frame, punching power, hand speed or talent to be fighting at 147 or 154. 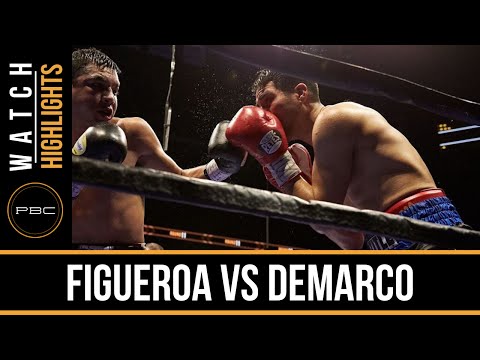 Arreola was knocked down by a hard right hand in the 3rd round from Kauffman. In the 6th, Arreola hurt Kauffman with a right uppercut to the head.

Kauffman nailed Arreola with a low blow in the 9th round. Arreola was really tired at the time, and he took five minutes to rest. After the fight was restarted, Arreola took control over the round and punished Kauffman.

In rounds 10 though 12, Arreola dominated Kauffman in landing a lot of nice right hands. Arreola hurt Kauffman with a right hand in the 10th round.

Kauffman kept coming forward in the championship rounds, but he was exhausted and didn’t have the same pop on his punches that he had earlier in the fight.

Arreola absolutely needed a win tonight to keep his career alive. Had he lost the fight, he would have been knocked out of the first tier, and it would have been difficult to see him doing anything with what’s left of his career. Arreola came into the fight with two defeats in his last five fights.