By Scott Gilfoid: Eddie Hearn is in talks about setting up heavyweight Dereck Chisora’s next fight against either former title challengers Luis ‘King Kong’ Ortiz or Chisora Arreola next.

Ortiz is ranked #4 WBC, #7 WBO, #10 IBF, and there would be a lot to gain for Chisora in a fight with him. Besides Ortiz-Chisora being a fight that would interest DAZN, it would likely sell out Wembley Arena.

Should Chisora beat Ortiz, he would be in a position for a lucrative fight against Anthony Joshua, Tyson Fury, or Oleksandr Usyk.

Unless the money is good, Ortiz should be aiming higher than fighting the 38-year-old ‘War’ Chisora at this point in his career.

Interestingly, Luiz Ortiz’s net worth is $8 million, according to Celebrity Net Worth. ‘King Kong’ Ortiz made a lot of money in his two title challenges of former WBC champion Deontay Wilder.

In contrast, Chisora’s net worth is estimated at $5 million. In the eyes of some boxing fans, Chisora has been a career-long ham-and-egger type of heavyweight, but it shows that there’s money to be made in the UK for entertainer fighters.

UK heavyweight Johnny Fisher could be the next Chisora-esque type of entertainer to take over in his place after he retires. Like Chisora, Fisher will likely make millions without ever winning a  world title.

Hearn says that he and Chisora (32-12, 23 KOs) don’t like the idea of facing a southpaw next like Ortiz, but it’s a bigger fight than ‘The Nightmare’ Arreola at this stage of the game.

There’s probably not much interest from British boxing fans in seeing Chisora and Arreola mix it up, given that both fighters have lost consecutive fights.

If this is what Chisora is reduced to for him to try and snap his three-fight losing streak, that’s bad. The thing is, Arreola will likely be the favorite against Chisora.

Despite his advanced age of 42, the talented Cuban ‘King Kong’ Ortiz is still powerful and dangerous, particularly for fringe contenders like #12 WBC Chisora, who has lost his last three fights.

“I spoke to Del [Chisora] last night. That’s a great fight but he’s not a fan of southpaws,” said Eddie Hearn to Boxing Social on Chisora not enjoying fighting guys that employ the unorthodox stance like ‘King Kong’ Ortiz.

“We both prefer the [Chris] Arreola fight, but understand the Ortiz fight is the much bigger fight,” Hearn continued about Chisora. “So we’ll see.

Hearn said after Chisora’s last defeat against Joseph Parker on December 18th that he wants to match him against fighters that he has a better chance of beating. However, if Hearn puts him in with Ortiz, that would be going in the opposite direction. Ortiz is arguably a better fighter than Parker.

“We’re in talks with Luis DeCubis of PBC about Arreola and we’ll see what’s next for Delboy,” said Hearn.

There’s no way that Ortiz would have labored through the first fight with Chisora in May 2021, looking timid like Parker did and winning a controversial 12 round split decision.

Even in the Parker-Chisora rematch last December, Parker looked afraid to finish Chisora off after knocking him down three times.

If the idea is for Chisora to fight someone that he has a decent shot of beating, the 40-year-old former three-time world title challenger Arreola is the way to go.

Arreola (38-7-1, 33 KO) hasn’t won a fight since 2019 and has lost three out of his last five fights. In Arreola’s last match, he was beaten by Andy Ruiz Jr by a 12 round unanimous decision in May 2021. Arreola has been inactive ever since. 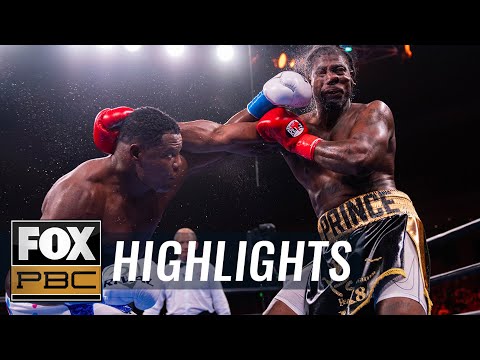