Roach: Pacquiao and Mayweather will fight one more time 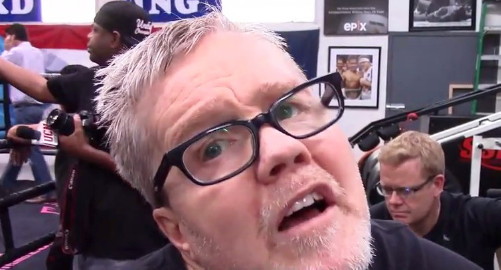 By Chris Williams: Trainer Freddie Roach says that he believes that Manny Pacquiao will fight on past his April 9th fight if he looks good against whoever he’s matched against. Roach thinks that Pacquiao will stick around long enough to fight a rematch against Floyd Mayweather Jr. because he feels there’s too much money for the two fighters not to face each other a second time.

Whether Pacquiao continues to fight beyond April could come down to who his elderly promoter Bob Arum matches him up against, because the Harvard educated promoter wants to match him against counter puncher Terence Crawford.

As poorly as Pacquiao has fought in his previous encounters with counter punchers in fights against Juan Manuel Marquez and Mayweather, it would seem obvious that Arum is doing him no favors at all if he chooses Crawford as his next opponent on April 9th.

Pacquiao doesn’t have the youth or size to beat a good counter puncher like Crawford from the way I see it. If Arum has any doubts in his mind about whether Pacquiao will come back or not for another fight beyond April 9th, he should hold off on matching him against Crawford until it’s conclusive that he won’t be coming back.

Roach makes a lot of sense in saying that there’s “too much money” in a Mayweather-Pacquiao rematch for the two not to face each other again, but Pacquiao needs to take the initiative to contact Mayweather to try and make that fight happen, because I don’t see Arum making that call. 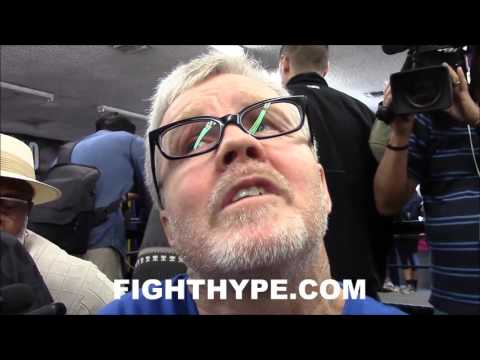 If Pacquiao is waiting for Arum to contact Mayweather, then he might be waiting a long, long time, because I think Arum wants to match Pacquiao against Crawford in hopes of the fight turning him into a PPV star that can replace the departing Pacquiao. I think it’s a hopeless dream if that’s what Arum is thinking, because I don’t see Crawford as having the kind of talent that would make boxing fans want to pay to see him fight. If fans aren’t too thrilled at paying to see someone like Gennady Golovkin fight on HBO, then I definitely don’t see the fans ever wanting to pay to see the counter-punching Crawford fight. He’s just missing too many ingredients to his game for him to become a PPV star in my view. Arum has had a great run with Pacquiao, and he really lucked out when the Filipino star agreed to fight for his Top Rank promotional company. Stars don’t come around very often, and Arum isn’t going to replace him with Crawford.

The Mayweather-Pacquiao fight was very one-sided, and there might not be a lot of people that would want to pay to see the fight a second time. The fight over priced, and it was a disappointment due to the lack of energy from Pacquiao. The disclosure of a shoulder injury by Pacquiao after the fight didn’t help things either.

Freddie Roach said today he doesn't think Pacquiao's next fight will be his last.

"If Manny fights a good fighter, looks good, has no shoulder injury, I think @FloydMayweather and him will go one more time. Too much money.

"They're not going to let that go, I feel," Roach said.

Mayweather made a mistake himself by choosing to fight Andre Berto on Showtime PPV in his last fight in September, and that turned off a lot of fans. There were a lot of mistakes that were made that would taint a second fight between Pacquiao and Mayweather to the point where I think it would be lucky if it brought in even 1.6 million PPV buys. I think it’s a given that it would bring in over 1 million buys, but I don’t think it would attract 2 million or more. Fans have learned their lesson, and I doubt that any of them truly believes Pacquiao would ever beat Mayweather.

« DeGale wants Badou Jack or Martin Murray next after Bute