Callum Smith: Paul is confident he can pull off the upset against Andre Ward 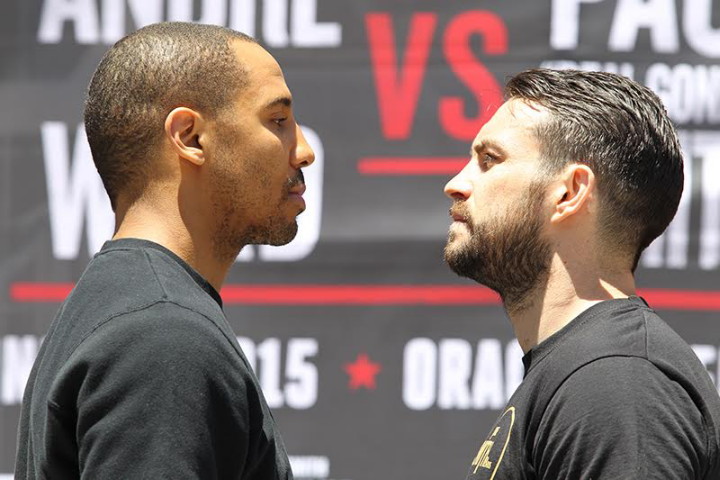 Callum says Smith’s two fights with WBO super middleweight champion Arthur Abraham showed that he belongs at the top tier fighting the best guys. Unfortunately for Smith, he lost both times to Abraham, who many boxing fans see little more as a paper champion due to his talent and the limited opposition he’s faced since winning the strap off of what some fans see another paper champion in Robert Stieglitz. The fact that Smith couldn’t even beat a limited champion like Abraham doesn’t reflect too well on his talent.

The American will face Smith (35-5, 20 KOs) at a catchweight of 172 pounds – above the super-middleweight limit – at the Oracle Arena in Oakland.

“Stranger things have happened and he’s confident he can pull off the upset,” Callum said to ESPN.co.uk. “Paul learned a lot from the Abraham fights, especially from the first one. He learned that he belonged at that level.”

I saw both Abraham-Smith fights, and I couldn’t give Smith any more than two rounds in both of those fights. I mean, Abraham landed the harder shots and landed at the same clip that the 32-year-old Smith did. I can’t understand all that blabbering and bellyaching that Smith did after the first fight where he claimed he’d been robbed. I thought the judges had been more than fair with their scoring of the fight in scoring it 117-111, 119-109 and 117-111. I agreed with the judges that scored it 119-109. That was a good score given how horrible Smith looked in that fight.

“Paul has had, stranger things have happened and he’s confident he can pull off the upset,” Smith said. “It’s a step up from Arthur Abraham and any super-middleweight in the world but I’m sure he will give a good account of himself.”

In a fantasy story, one could see Smith fighting well, pulling off the upset, and then being carried out of the ring on the shoulders of his trainer and young Callum. But unfortunately this is reality and not a fantasy world where the lesser fighters beat the talents. On Saturday, we’re going to see what happens in the real world when the stronger, younger and more talented Andre Ward puts a hurting on Smith and puts him in his place.

This fight is going to be nothing like Smith’s two fights against Abraham, both of which he lost handily. Things are going to be much worse for Smith with him taking a beating and likely getting halted on his feet. I expect Smith’s face to be turned into a crimson mess by the 6th round, and I hope that his trainer gets a clue and halts the bout rather than letting Smith bleed all over the ring in beautiful Oakland, California.

The only advice that I could give Smith is to try his hardest to get a KO of Ward, because that’s his only chance. He’s got a puncher’s chance, just as Carl Froch would have a puncher’s chance if he were fighting Ward.