Arum: To compare Mayweather to Ali or Sugar Ray Robinson is a joke 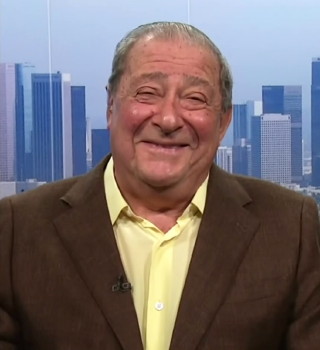 By Chris Williams: The other day, Floyd Mayweather Jr. told ESPN that he saw himself as a better fighter than Sugar Ray Robinson (173-19-6, 108 KOs) and Muhammad Ali (56-5, 37 KOs), both of which suffered a fair amount of defeats during their respective careers.

Not surprisingly, Mayweather took some criticism from boxing fans because many of them hold a great deal of respect for Robinson and Ali. However, Mayweather was just telling it like it is by telling the truth about his skills compared to those fighters.

In the meantime, Manny Pacquiao’s promoter Bob Arum has come out and given his view on the subject, and he thinks it’s a joke for Mayweather to compare himself to those fighters.

“Floyd Mayweather is an excellent, excellent fighter, a great technician, but to compare him to Muhammad Ali, Sugar Ray Robinson or to Ray Leonard is a joke,” Arum said, according to Sky Sports. “Floyd has megalomania, he believes that because of his accomplishments he rules everything he surveys and [can] do what he pleases.”

I think Mayweather has a good argument about him being better than Ali and Robinson. Ali was beaten five times in his career in defeats against guys like Joe Frazier, Ken Norton and Leon Spinks. Those were fighters that beat Ali in his prime of his career. He would later lose to Larry Holmes and Trevor Berbick. Mayweather would never lose to fighters of those types.

If those fighters were welterweights, Mayweather would have easily beaten them all. Sugar Ray Robinson was beaten 19 times with 6 draws. That’s 25 fights where he was held without wins, and those weren’t against great fighters. Robinson was lured into wars against those guys and he took a lot of punishment. He wasn’t slick like Mayweather and he didn’t dominate many of his opponents the way Mayweather dominates his foes.

“I think the overwhelming support of the American people is to Manny Pacquiao because of the kind of person he is. I think Americans really respect a religious man, a God-fearing man who really and truly believes in those principles. I am supremely confident that Manny Pacquiao will not only beat Mayweather but will beat him up and may very well knock him out,” Arum said.

So Arum is picking Pacquiao by a knockout. Somehow I’m not surprised to hear this from him. Pacquiao hasn’t knocked out anyone in six years and this is with Arum feeding Pacquiao a lot of less than stellar opposition. How is Pacquiao going to be able to beat the best fighter in the sport if he can’t even knockout a shot Shane Mosley or the likes of Chris Algieri, Tim Bradley or Brandon Rios?