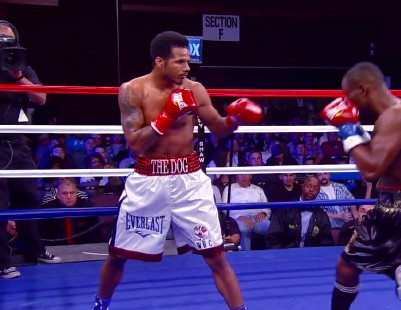 By Scott Gilfoid: This Friday on April 24th, WBC super middleweight champion Anthony Dirrell (27-0-1, 22 KOs) will be performing on Spike TV on Premier Boxing Champions against the eager #8 WBC challenger Badou Jack (18-1-1, 12 KOs) at the UIC Pavilion in Chicago, Illinois.

This fight has the makings of an exciting affair as long as it lasts. Jack, 31, is getting his first and possibly his last shot at a title, and he wants to make sure that he makes the most of it. If Dirrell knocks Jack out like a lot of boxing fans see happening, then it’s possible that Jack will never get another world title shot.

This would be his second loss in his last four fights and that would probably be the kiss of death as far as him getting any future shots at a belt unless he were to turn things around dramatically and stop losing.

Anthony Dirrell is the younger brother of the talent Andre Dirrell, and a very, very good fighter in his own right. Like his brother Andre, Anthony Dirrell has blazing hand speed, excellent power and superb defensive skills. He fights from the orthodox stance, but he’s comfortable switching to southpaw to throw off his opponents whenever he likes, and that makes him extremely difficult. Dirrell has uncanny accuracy with his shots, as he rarely misses with his punches and he hits with a ton of power.

This is voluntary defense for Dirrell in facing Jack. Once he gets Jack out of the way, Dirrell will be defending his WBC title against his #1 WBC mandatory challenger George Groves later this year. Groves, who has lost two out of his last four fights, looks like he’s going to play it safe and just sit and wait for his title shot rather than risking his hide and possibly getting knocked out yet again. He’s already been stopped twice by Carl Froch, and he looked terrible in his last two fights against Christopher Rebrasse and Denis Douglin. 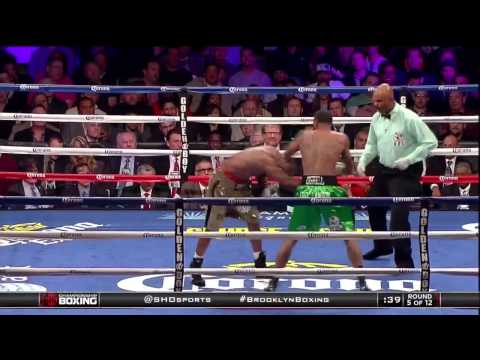 Dirrell should have an easy time with Groves, perhaps even easier than he will against Badou Jack. The momentum that Groves had going into his first fight against Froch in 2013 seems to be all but gone, as Groves looks like a completely different fighter in the negative sense.

Jack is going to have a real tough time trying to handle the power shots from Dirrell in this fight. We saw how Jack was blown out in just one round by Derek Edwards in February 2014. This is the same Edwards who was recently schooled by Andre Dirrell last December in a 12 round decision loss. That fight was so one-sided that it probably should have been halted by the 5th round because Dirrell gave Edwards a really bad beating.

Dirrell needs to look good in beating Jack because the fight is going to be seen by a massive amount of boxing fans on Spike TV. It’s a great opportunity for Dirrell to win over a lot of new fans with his performance, and show the boxing world that he’s for real and is here to stay for a long, long time as the WBC champion.

« Dogs of War: Matthysse vs. Provodnikov