By Scott Gilfoid: WBC super middleweight champion Anthony Dirrell (27-0-1, 22 KOs) will be looking to put on a show on April 24th next month in his first title defense of his WBC title on Spike TV against challenger Badou Jack (18-1-1, 12 KOs) on the Premier Boxing Champions at the UIC Pavilion, in Chicago, Illinois, USA.

The Dirrell vs. Jack fight will be seen by a lot of people, so this will be the 29-year-old Dirrell’s chance to impress a lot of fans and for him to win over a lot of casual boxing fans.

This is a voluntary defense for Dirrell before he defends his title later this year against #1 WBC George Groves from the UK. Groves and his promoters at Sauerland Events would like to be able to stage the fight in the UK in front of what would likely be a large pro-Groves audience, but Dirrell’s manager Al Haymon will obviously have something to say about that.

It’s surely going to go to a purse bid, and once that happens, you can count on Haymon winning the purse bid to have the fight staged in the U.S. That fight too will likely be staged on the Premier Boxing Champions and televised on NBC.

“I’m extremely excited to be fighting on Spike TV and I plan on being the guy everyone is talking about when the night is over,” said Dirrell. “This is a great platform for me and I’m more motivated than ever to put on a show for the fans. Badou Jack is a tough opponent but I’m going to make it a very bad night for him.”

It’s going to be really difficult for Jack to make it out of this fight in one piece. Jack has a good chin, but I don’t see him being able to stand up to the huge punches that Dirrell lands in this fight. Jack was knocked out not too long ago by Derek Edwards in the 1st round.

I don’t think that Jack was too aware of the kind of punching power that Edwards had, and that’s why he ended up getting knocked down three times and eventually stopped in the 1st round.

Dirrell’s brother, Andre Dirrell, recently took on and defeated Edwards by a lopsided 12 round unanimous decision last year, but Andre found out how hard Edwards can punch when he was briefly stunned in the 12th round by one of his big shots. Andre was able to get through the round without any problems.

Jack is a good opponent for Anthony Dirrell, and this should be a good fight. Dirrell wants to get Jack out of there in order to impress the boxing fans. He doesn’t want to let Jack just hang around for the full 12 rounds like he did with his last opponent Sakio Bika last year. Dirrell hurt Bika in that fight, but he was unable to finish him off because his follow up shots missed.

The Jack fight is an important one for Dirrell, because he needs to win the fight, look good, and do it in style for him to win over fans. He also needs the victory to move forward for what will likely be a nice payday against Groves. 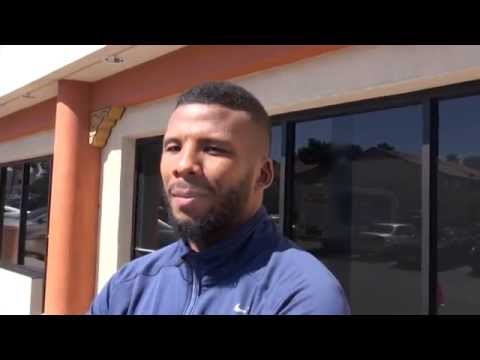 Dirrell would likely love to get a chance to fight WBA super middleweight champion Carl Froch in order to avenge the loss of Andre, who lost a controversial 12 round decision to Froch in 2009. I’m not so certain that Froch wants to get inside the ring against Dirrell, because he’s so powerful and scary quick. I don’t see Froch ever agreeing to face Anthony Dirrell or Andre Dirrell.

Jack has good power to, as we see with his recent stoppage wins over Francisco Sierra and Rogelio Medina. Jack should make it interesting for as long as he stays in there against Dirrell.

« The Return of David Haye? Sorry, I Don’t See It

Pacquiao won’t be sparring with Rigondeaux »