Mayweather has five day deadline to decide on Khan fight 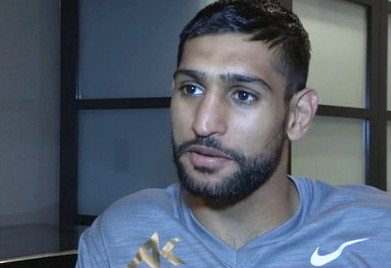 By Scott Gilfoid: Well, if Floyd Mayweather Jr has any interest in fighting Amir Khan, he’d better speak up soon by this week because Khan has given Mayweather a five day deadline for him to make up his mind this week if he wants to fight him or not.

If Khan doesn’t hear any word from Mayweather this week, he’s going to move on and start looking at other options. Khan has already said that he’d love to face Manny Pacquiao, so he’s probably the next guy Khan will start targeting for a fight.

The thing that could foil Khan’s plans for getting Pacquiao in the ring is that he’s likely to face Mayweather next. Khan will then have to wait until the smoke clears from the Mayweather vs. Pacquiao fight before he can restart his push to get one of these major stars to fight him.

“It’s a waiting game. I’ve given his team five days. I need to know this week because I need to start training,” Khan said via the Dailymail.co.uk. “I’ve answered all the things Mayweather wanted me to do. He wanted me to fight at welterweight, I did that; he wanted to do a vote [to see who he would fight], I won the vote; he wanted me to beat a top guy in the division and I gave Devon Alexander a beating he’d never had before.”

Khan has done a lot to try and get the fight with Mayweather, but I don’t think he’s gone about it the right way. I mean, if you look at it from Mayweather’s perspective, why would he want to fight a guy who never avenged his losses to Danny Garcia, Breidis Prescott or Lamont Peterson?

Why would Mayweather want to fight a guy who is seemingly reluctant to fight Kell Brook? As much as Khan likes to brag about his skills, he might not even be the best welterweight in the UK. He still has to prove himself as being better than Brook to hold that title, and for some reason, Khan doesn’t seem to be too eager to get inside the ring with Brook.

This just makes a lot of boxing fans think Khan is afraid of Brook and just looking to cash out with his career by getting a fight against Mayweather or Pacquiao. If Khan were to face either of those guys, it wouldn’t matter if Khan’s career went belly up afterwards, because he’d have all that cash from those fights. He could literally walk away from the sport after losing to Mayweather and never have to work again as long as he didn’t throw his money away on silly stuff or bad investments.

I don’t know that I would give Mayweather a five-day deadline if I were Khan. I can see Mayweather hearing about Khan’s deadline and deciding then and there never to throw him a bone.

Why would Mayweather need to fight Khan after the guy has the nerve to give him a five-day deadline? Khan is playing like he’s the boss rather than just a needy fighter looking to get a payday. Khan should be begging for the fight instead of talking about deadlines.

« Is Froch hurting his own legacy by aiming for Chavez Jr instead of Golovkin?

Cotto-Canelo will need to move off May 2nd date for Mayweather vs. Pacquiao »