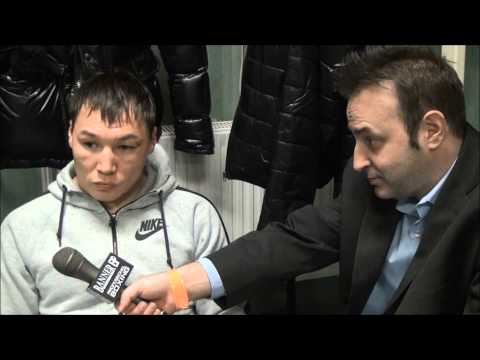 Provodnikov hurt Castillo with a left hook to the head in the 5th that put him on the canvas. Moments later, Castillo hit the deck for the second and final time after getting hit with some hard hooks.

Castillo did a good job of holding his own in the first three rounds of the fight, as he was able to avoid most of Provodnikov’s big power shots. Castillo nailed Provodnikov frequently with uppercuts while in close, and he did a superb job of negating the Russian fighter’s offense.

The only thing that separated the two fighters was Provodnikov’s superior power, and a large part of that was due to him having started his career out at a higher weight division than Castillo. Had this fight taken place at lightweight back in Castillo’s prime in 2002, I believe Castillo would have easily beaten Provodnikov.

It’s hard to see what Provodnikov proved in beating Castillo. Not only did he pick an old fighter in his 40s who was way past his prime, but he also picked a guy who was two divisions out of his natural weight class. The victory only proved that Provodnikov can beat an older, smaller fighter rather than it proving that he’s someone who can hang with the best at 140 or 147.

In other action on the card, actor Mickey Rourke (7-0-2, 5 KOs), looking much slimmer and different in the face from his movie “The Wrestler” defeated journeyman Elliot Seymour (1-10, 1 KO) by a 2nd round knockout. Rourke knocked Seymour down two times in the 2nd round. The fight was then halted. It was a good win for the 62-year-old Rourke, but it was also a victory that proved zero given how poor his opponent was.

Cruiserweight contender Rakhim Chakhkiev (21-1, 16 KOs) stopped Jackson Junior (15-2, 13 KOs) by a 4th round stoppage. Junior hit the deck in the 4th. The fight was stopped moments later when Chakhkiev flurried on Junior.