Is this the fight that Mayweather lost? 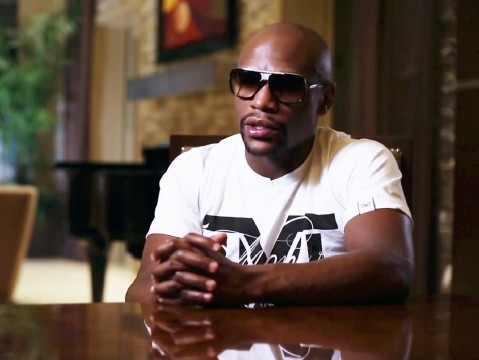 By AK: Floyd Mayweather is considered one of the best fighters of his era with an amazing record of 49 fights and 49 wins. But despite having a perfect record a lot of people believe Floyd Mayweather was gifted a few decisions.

Some people believe Jose Luis Castillo, Oscar De La Hoya, Marcos Maidana, and Manny Pacquiao all have won against Floyd Mayweather or drawn against him. I disagree and believe Floyd won all of them but the problem with boxing is that sometimes there is not a decisive winner so that ends up splitting the opinion of the public.

Out of all of the Floyd Mayweather’s ‘controversial’ wins the one that gets the most mentioned is the first bout with Jose Luis Castillo. To this day, critics of Mayweather point to this fight as the fight Mayweather unofficially lost, with most observers seeing it as a clean win for Castillo with scores ranging from 115-111 to 117-109. The fight was controversial enough to the Mayweather team that a rematch was signed. The rematch was less controversial and Floyd won decisive.

I will go through round by round of the first bout of Floyd Mayweather vs Jose Luis Castillo. Before I start some quick notes beforehand. First of all Floyd Mayweather was moving up from the 130 pound division to fight Castillo but still remained a 4-1 favorite to win. At that time Jose Luis Castillo was the ring #1 ranked lightweight. Despite both fighters officially meeting the 135 lb lightweight limit, Mayweather came to the ring weighting unofficially 138½ lbs to Castillo’s 147½ lbs.

Floyd Mayweather clearly won the first round, landing cleaner punched and being in control throughout the round. 10/9 to Mayweather.

Floyd Mayweather knocked Castillo down, but it was ruled as a slip. In my opinion it seemed like a knock down. Not a great round, but Mayweather again landing cleaner punches and seemed superior. 10/9 to Mayweather.

Floyd Mayweather again won this round. Castillo was throwing a lot of punches but missed a lot of them. Mayweather was controlling the whole round with his jab. 10/9 to Mayweather.

Mayweather countered punched amazingly in this round and clearly won the fifth round. Castillo ended up punching Mayweather after the round had finished, trying to turn this fight as dirty as possible. Another round to Mayweather. 10/9 to Mayweather.

Castillo again applying amazing pressure throughout the whole round but also landed a low blow which the referee did not see. Castillo put Mayweather down but it was ruled as a push as it clearly was. Castillo landed a lot of body shots. A lot of clean shots by Mayweather. Another close round and it could have gone either way but for me it was a draw. 10/10

Really good round for Castillo and seemed to get the better of Mayweather. Near the end of the round Castillo got the best punch of the fight so far. During the round Mayweather got warned twice for using his elbows. 10/9 to Castillo

Good round for Floyd Mayweather, managed to dictate the fight in the middle of the ring where he seems more in control. Castillo got a point taken off for no obeying the referee and punching Mayweather after the referee had stopped the action. 10/8 to Mayweather

Castillo controlled this round and applied a lot of effective aggression, by putting Mayweather on the ropes througout the round. Mayweather hit Castillo at the end of the round after the bell had gone but no point deducted. 10/9 to Castillo

Castillo seemed to have a better round. Not much action going on in this round but again more effective aggression from Castillo. Castillo throws a lot of punches but also misses loads. Floyd Mayweather did not do enough to win this round. Also Mayweather got a point deducted for using his elbows. 10/8 to Castillo

Most of the round was spent in the middle of the ring. Close round but Mayweather landed more cleaner shots. 10/9 to Mayweather

Again another close round but Castillo seemed busier and landed a few good shots. 10/9 to Castillo

The final score for me was 115-112 to Floyd Mayweather. When watching the fight on HBO they make it sound like it was a huge robbery for Jose Luis Castillo when it reality it was not. The fight was close and it was one of the toughest opponents for Floyd Mayweather but he clearly won. There is a difference between effective aggression and aggression. Jose Luis Castillo used a lot of aggression but ended up missing a lot of punches which made it less effective. The judges picked the right man but not that wide.