Hopkins vs Kovalev drew in big numbers on HBO 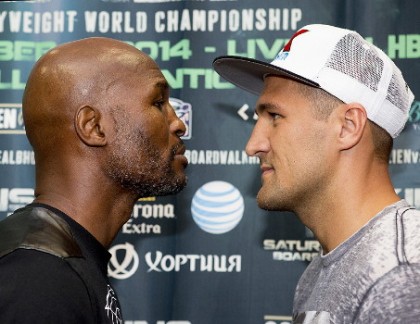 By Wilmar Patino: On Saturday night despite a late start on the eastcoast (midnight) the light heavyweight unification bout between Bernard Hopkins and Sergey Kovalev drew in the 2nd highest numbers of views this year for HBO. A highly anticipated match of an established star in Hopkins and a fast rising star in Kovalev.

According to Nielsen Media Research the bout averaged a viewership of 1.328 million! With a peak of 1.397 million views. This makes it the 2nd most viewed fight in the United States for 2014. Only behind the Julio Cesar Chavez Jr vs Brian Vera rematch. Which average 1.390 views on HBO for the fight on March 1.

Hopkins vs Kovalev proved to be a success for both men confirming the public still has interest in watching Bernard Hopkins fight. It also proves that Sergey Kovalev is a fast rising star. With just a few fights left for the year and none as hyped as this one. We can securely conclude that this will be HBO’s 2nd biggest hit of the year. What will the year of 2015 bring? Hopefully fights the fans want to see as it is proved to be the most succesful formula to viewership and subscriptions to HBO. We shall see.