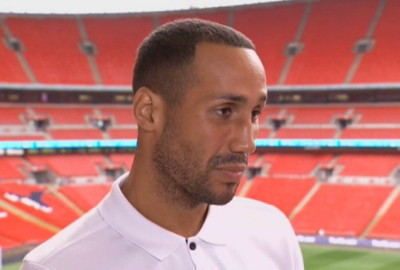 By Scott Gilfoid: IBF/WBA super middleweight champion Carl Froch (33-2, 24 KOs) was initially cool to the idea of defending his straps against #1 IBF James DeGale (19-1, 13 KOs), but after having zero luck in trying to get a fight against former WBC middleweight champion Julio Cesar Chavez Jr in Las Vegas, Nevada, Froch is suddenly interested in the idea of fighting the 28-year-old DeGale, and believes a fight between them would be a big deal in the UK with a lot of boxing fans being interested in that fight.

Of course, Froch wouldn’t be facing the most dangerous opponent if he were to fight DeGale, because there are arguably better fighters than DeGale for him to fight, such as a rematches with Andre Dirrell and Andre Wad. There’s also unbeaten WBC super middleweight champion Anthony Dirrell, who would likely give Froch fits due to his hand speed and power.

You’d have to pick any of those three fighters to beat DeGale, because he’s more of a slapper than a puncher.

“Any contest between me and him would be huge,” Froch said to the Dailystar.co.uk. “It would be a domestic fight between a legend of the sport and an Olympic champion. He wants to be the first British gold medallist to go on and win a world title and a fight between us would create plenty of interest.”

I think there would be some interest in a Froch-DeGale fight, but not to the level of Froch’s past two fights against George Groves or his fight against Mikkel Kessler last year.

Froch recently started a poll on his Facebook site, asking boxing fans to pick out who they would like to see him fight among the choices of Gennady Golovkin, DeGale and Chavez Jr. Golovkin came out on top with DeGale coming in a distant – and I’m talking really distant – last place. So, there are some boxing fans that would like to see Froch fight DeGale, but there are clearly more fans that would prefer to see him fight a talent like Golovkin.

What’s interesting is that Froch didn’t include Andre Ward or the Dirrell brothers in his poll for some reason. Not including the most talented fighters in the division would be like having a heavyweight poll and not including Wladimir Klitschko’s name.

It doesn’t make sense. Froch has picked out two beatable guys and one unbeaten talent in Golovkin, but instead of going with the winner of the poll by directing his promoter Eddie Hearn to set up a fight against Golovkin, Froch is talking about how fans would love to see him fight DeGale.

The Froch-DeGale fight could take place by late November, although I have my doubts that it’ll take place this year.

« Boxing between the pond