Robert Garcia: Ariza won’t be with Rios, Mikey Garcia or Maidana any longer 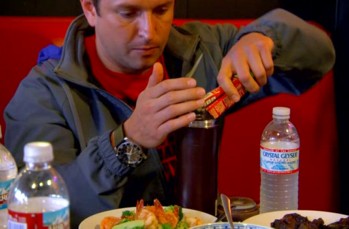 By Dan Ambrose: Trainer Robert Garcia says that he’ll no longer be using strength and conditioning coach Alex Ariza for any of his fighters at his gym at Oxnard, California.

Robert isn’t saying why he’s cut ties with Ariza other than saying that they had some differences. This will effect Robert’s fighters Mikey Garcia, Marcos Maidana and Brandon Rios, all of which Ariza helped with their conditioning for their recent fights.

Brandon Rios has a fight coming up on August 2nd against Diego Chaves (23-1, 19 KO’s) at the Cosmopolitan of Las Vegas, in Las Vegas, Nevada, USA. Rios is going to need someone good to help make weight for this fight at welterweight, because he barely made weight for his fight against Manny Pacquiao last year in November despite the fact that he was moving up in weight from the light welterweight division.

“We’ve decided that Alex Ariza won’t be working with Brandon or Mikey or Maidana – none of my fighters,” Robert said. “He’s great at what he does [but] little differences happened. No need to go over [them]. He’s no longer going to be in camp with none of my fighters.”

You have to wonder what Ariza did for Robert to make such a huge decision not to use Ariza for any of his guys. Ariza used to train Manny Pacquiao, and he was instrumental in bring him up in weight to the welterweight division. You can make an argument that Pacquiao was at his best in 2008-2009 when he was following Ariza’s full strength and conditioning regimen. Pacquiao went away from the strength training in the past four years due to it slowing him down in the ring.

Robert is very hopeful that Rios will shine against Diego Chaves on August 2nd, but he knows that Rios is going to have a tough fight on his hands.
“We want to show that Rios still has it and Brandon is still on top of the world. He lost to one of the best fighters [Pacquiao] in history.”

Even if Rios beats Chaves, which is no forgone conclusion, it’s very, very difficult to see Rios going anywhere in the welterweight division. He’s too slow and too easy to hit for him to compete against guys like Shawn Porter, Keith Thurman, Pacquiao, Amir Khan, Floyd Mayweather Jr and Tim Bradley. He might be able to hang around and get a fight or two against one of those guys, but if he takes another one-sided beating like he did against Pacquiao, he’ll find it next to impossible to get fights against any of those guys. He’ll be stuck fighting guys like Ruslan Provodnikov, and if he’s lucky, Chris Algieiri.