Examining the heavyweight scene in a post Klitschko era 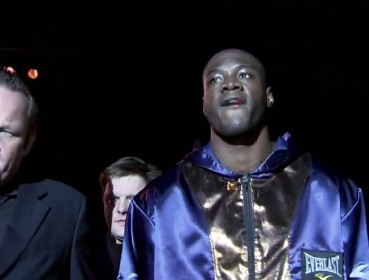 By Jamie Fairclough: Love them or hate them the Klitschko brothers have dominated the heavyweight scene for a long time now conquering all challengers (even if some were unworthy of a title shot). The Ukrainian brothers have shown the boxing world you can be successful and feared but still behave like gentlemen.

They never engage in degrading trash talk, always show their opponents respect and take no one lightly no matter how over-matched they are. For this we should thank them for showing up and coming young fighters how to behave.

Unfortunately they are labeled as boring and robots. Yes, they have different styles to most but if it ain’t broke. With Vitali’s career definitely on its last leg and Wladimir beginning to wind down a little, it’s time to have a look at the serious contenders for the belts when the Klitschko brothers are gone.

Let’s start with the Americans. Really since Seth Mitchell has shown a completely lack of any real punch resistance, I won’t include him. That really only leaves two serious candidates in Chris Arreola and Deontay Wilder. Of the two Wilder seems the most likely as he has huge punch power, but because he has been so sheltered and untested his boxing skills are not what they should be and he has a tendency to go mad when he lands a decent shot. In his win over Audley Harrison, Deontay started windmilling so much that he was a whisker away from knocking the referee spark out. However, Deontay still has to be taken seriously because of his power. Arreola is an enigma. He’s talented but has never really fulfilled his potential. So I think it’s unlikely we will we him as a world champion.

Onto the Russian Alexander Povetkin. He’s also and interesting candidate; He’s brave but for me far too limited and again he was over protected. In his recent fight against Wladimir, he wasn’t even close to ready for him. Granted, Wladimir spoiled in the fight by his excessive leaning on Povetkin, but still Povetkin lacked ideas. Now I will probably get stick for this but I don’t think Kubrat Pulev or any of the other Eastern European fighters have much of a chance of becoming champions. Yes, that will be controversial but they would have to get lucky in who they face to become champions.

Now the British candidates. I’m almost as limited for choice as I was with the Americans, as David Price can hit very hard but if he gets tagged he will usually get sent to the middle of the following week. Dereck Chisora is a dogged and tough fighter, but lacks any more power than the clubbing shots he likes to throw, and comes in at straight lines towards his opponents when on the attack. With Tyson Fury, where do I start? Undoubtedly a talented fighter but nowhere near as much as he believes he is. He will be a challenger but unless he is against a light punching heavyweight with no punch resistance, he won’t win a world title. David Haye – again, hard to find where to start. He has dynamite punching power despite what a lot of boxing fans who hate him say. He is Britain’s only world level heavyweight. But he’s injured at the moment and doesn’t know if he will box again or if he still has the desire. So we will leave him blank. Now Anthony Joshua – despite what Eddie Hearn thinks, I believe, yes, he will challenge but it’s far too early to give a proper opinion. But the signs are good. He has decent power, good athleticism and he is a big lad, so who knows how he will develop.

So it will be open season when the Kiltschko’s hang up their gloves, especially now that Vitali has been declared champion Emeritus. It will be interesting to see who puts their hand up.

« Schaefer not sure if Broner will stay at 147

Schaefer working on Hopkins vs. Shumenov for March or April »