Roach: I want Mayweather to step up and face Pacquiao 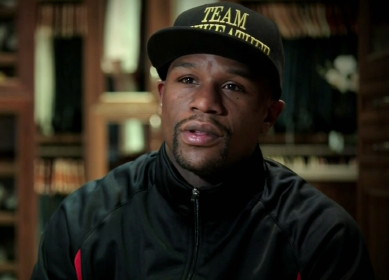 Mayweather already attempted to set up two fights with Pacquiao in the past, once in 2010 and another time last year, and he’s moved on. Roach is still after Mayweather to try and get him to agree to fight with the struggling Filipino fighter.

Roach said to Jenna Jay, “Well, I still want the biggest fight in the world. I want Mayweather to step up and fight Manny Pacquiao. He said Pacquiao is washed up. Get in the ring and we will see.”

If Roach wants Pacquiao to fight Mayweather, then he’s going to have to relay Mayweather’s new conditions for a fight to take place between them, because it’s no longer just the full random blood testing and the bigger cut of the financial pie, Mayweather says he wants Pacquiao to sign with his promotions.

I think Mayweather is being pretty clear here. Roach needs to forget about Pacquiao fighting Mayweather unless Pacquiao is willing to sign with Mayweather Promotions. That’s the conditions for Pacquiao if he wants the Mayweather fight.

Roach shouldn’t be looking past Pacquiao’s next opponent Brandon Rios. Pacquiao is likely to get knocked out by Rios, and then what’s the whole point in Roach bringing up Mayweather’s name? He’s not going to fight someone with three straight losses. That would be like charity if Mayweather were to fight Pacquiao under those conditions.

A Pacquiao-Mayweather fight probably couldn’t even get made even if Mayweather was agreeable to the fight, because there’s no way on earth Mayweather would agree to fight Pacquiao in Macao, China or Singapore. Once Bob Arum brought that up, the fight negotiations would be over because Mayweather wouldn’t accept that deal. The fight would have to be in Las Vegas, Nevada or not at all.

The Madness of Tyson Fury: The Future King of Heavyweight Boxing? »