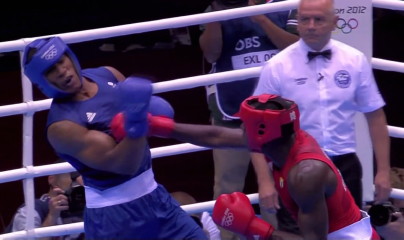 Joshua sees Haye’s experience as being the telling factor in his favor in beating the 6’9” Fury. I can’t say I disagree with Joshua about that, although I think it’s a heck of a lot more than experience that Haye has in his favor in this fight.

Joshua didn’t say anything about Haye’s superior hand speed, power, foot movement, defense and skills. Heck, he’s got Fury in almost department except for age and size, and those probably aren’t going to be nearly enough for Fury to pull out a win over Haye.

Joshua said to The Sun, “Fury will put up a good fight and I see the public loving it, but I think Haye will win. They will come out, not shy of each other, not shy of trading shots, but Haye will get the win due to his experience.”

You think? Haye doesn’t have anything to fear because Fury can’t crack eggs with his punches. The guy has got little in the way of power and is pretty much just a big slapper with a padded resume filled with weak opposition. Fury is so upright because of his long legs, and he’s easy to hit and he doesn’t react well when he’s hit with a solid shot.

The poor defense really hurts Fury, because he’s wide open for almost anything his opponents throw at him. With a defense as poor as Fury’s, you need a great chin to keep from getting beaten up and knocked out, but Fury doesn’t have a great chin.

The only reason he’s been wining is because he’s been matched against the likes of Martin Rogan, Vinny Maddalone, Nicolai Firtha, Kevin Johnson and Steve Cunningham. He’s been kept away from the dangerous heavyweights in the division like Deontay Wilder, who badly wants to fight him, and Kubrat Pulev.

I wasn’t too impressed with Joshua in the 2012 Olympics in London. I had him losing to all four of his opponents in the Olympics, Erislandy Savon, Roberto Cammarelle, Zhilei Zhang and Ivan Dychko. No way did I think Joshua deserved the gold medal. I thought Cammarelle, Savon and Dychko clearly beat Joshua, and I had Zhang edging him. Joshua, a Brit, had the hometown advantage in the Olympics and the crowd on his side in all of those fights.

I really felt sorry for Cammarelle more than anything, because he definitely did enough to deserve the decision win over Joshua, yet he was given a loss for his efforts. I don’t blame Joshua for not turning pro, because he just looked like big arm puncher without much in the stamina, speed or mobility.