Michel: Stevenson-Dawson will be finalized this weekend 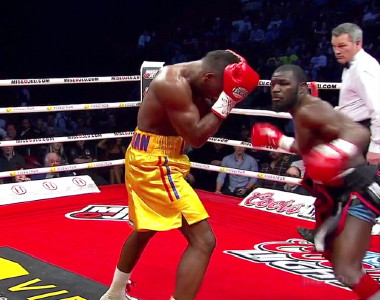 By Allan Fox: Yvon Michel, the promoter for Adonis Stevenson (20-1, 17 KO’s), says he’ll have a fight between Stevenson and WBC light heavyweight champion Chad Dawson (31-2, 17 KO’s) finalized this weekend for their June 8th clash at the Bell Centre, in Montreal, Quebec, Canada.

Michel said to Journaldequebeck.com “It was an emotional fight [Stevenson’s fight with Boone] for him and he made a real demolition work. His next fight will be a turning point in his career on HBO. This is the perfect spot for a boxer like Adonis Stevenson. We will finalize the Stevenson-Dawson fight this weekend.”

Stevenson is riding pretty high right now after having won his seven fights, whereas Dawson has lost two out of his last five fights including his last one to Andre Ward when Dawson made a critical mistake by agreeing to melt down to 168 pounds to fight Ward for his WBA and WBC super middleweight titles instead of asking him to move up in weight.

Dawson could be about to make another mistake by agreeing to fight Stevenson in his home country rather than a neutral venue. It looks like Dawson is mainly focusing on the good gate money he can get by fighting Stevenson in Canada in front of what will likely be a huge crowd. However, this could come back to haunt Dawson if Stevenson fights with the same enthusiasm that he did in his fight with Boone last Saturday night.

Dawson has a nice jab that he can use to keep Stevenson on the outside, but he’s not going to beat Stevenson with that. The only way to beat Stevenson is get in the trenches and open up with a lot of sustained flurries. If you look at Stevenson’s previous fights, the only time he looks vulnerable is when his opponents throw sustained combinations.

Stevenson tends to cover up and he looks vulnerable in getting hit. Stevenson is not a good puncher. He can land some shots if his opponent misses and if off balance from attempting a single shot, but Stevenson looks totally vulnerable when his opponents come at him throwing combinations. Dawson isn’t really a combination puncher, but he’s going to need to be if he wants to win this fight.

« Stieglitz wants to face Abraham again rather than someone else

Odlanier Solis: Larsen hit me with some of the hardest punches I’ve been hit with »