Ward vs. Pavlik, Arreola vs. Stiverne possible for March 2nd in Carson, California 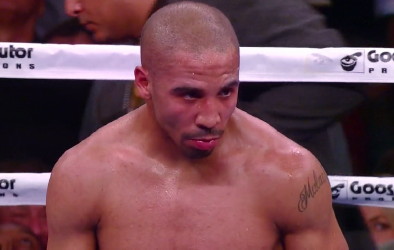 By Allan Fox: The Andre Ward vs. Kelly Pavlik and Chris Arreola vs. Bermane Stiverne bouts could wind up being moved to March 2nd at the Home Depot Center, in Carson, California, according to Steve Kim. The Arreola – Stiverne bout is currently scheduled for February 23rd at the Galen Center in Los Angeles, California, but it get moved to be put on the undercard of Pavlik-Ward on March 2nd.

WBA/WBA super middleweight champion Ward (26-0, 14 KO’s) injured his shoulder recently while training, and that made it necessary to push back his previously scheduled July 26th title defense against former WBC/WBO middleweight champion Kelly Pavlik (40-2, 34 KO’s). As long as Ward’s shoulder heals up the March 2nd date could be the one that they end up fighting on, but shoulder injuries sometimes can linger for many months if proper rest and rehabilitation isn’t done.

Pavlik, 30, believes that this is a fight that will jump start his pretty much dead boxing career in a hurry. For Pavlik to beat a guy like Ward would be a huge upset, because no one is really giving the 6’2” Pavlik any chance whatsoever in beating Ward despite the fact that Pavlik has the better power of the two. The power isn’t the problem for Pavlik. His problem is he’s got slow hands, and he’s going to be a fighting a much quicker guy in 28-year-old Ward.

Pavlik’s offense is also very predictable in his punch arsenal. He’s become a little less predictable now that he’s being trained by Robert Garcia in Oxnard, California, but he’s still pretty basic in what he does.

Arreola (35-2, 30 KO’s) and Stiverne (22-1-1, 20 KO’s) will be fighting in a WBC Final eliminator bout with the winner becoming the mandatory challenger for WBC heavyweight champion Vitali Klitschko. Arreola should win this fight unless Stiverne is able to land one of his big shots to shake Arreola up. Arreola has a pretty tough beard, though, but Stiverne still has the power to end this fight if he can land something big.