Does boxing need an adrenaline boost? 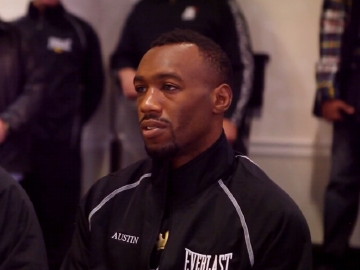 With all the controversy we have had this year in this great sport I cant help but think boxing could do with a much needed adrenaline boost of super six like proportions. We have had bad decision after bad decision (Adamek/Cunningham) to name but one, public brawls (Haye/Chisora), People acting in a barbaric manner with little or no respect for fellow boxers or the fans (Chisora/Garcias dad) and not to mention plenty of upsets including:

We have also had to bear witness to the untimely passing of some of boxing’s great fighters and trainers alike. Now don’t get me wrong the upsets are what make this sport exciting because sometimes as certain as you can ever be you can never 100% predict the outcome of this sport. I for one never saw Khans loss to Garcia coming in such a spectacular fashion or the Cobra’s demolition of Bute, which is why I and the majority of you love this game.

Now let me get to the main point of the article

I for one loved the whole concept of the Super Six tournament and would like to see this format developed for other weight classes; specifically Welterweight, middleweight and heavyweight.

I think the welterweight division is brimming with talent and I think this would be the most exciting division if a tournament was to happen for the following reasons:

It would be good for fighters like Khan (who would need to move up in weight of course) and Ortiz, because it would give them a much needed shot at redemption.

Over hyped undefeated prospects like Kell Brook (to name but one) would get tested in this tournament and we would see just how good they really are.

By the end of the tournament there is the potential for a unified division and not to mention getting rid of paper champions like Malignaggi in the process.

Well fight fans this was my first article and I hope I did an ok job and judging by the responses  I may continue to write more.

Have a happy new year and hears to the great fights coming our way in 2013!!

Abraham interested in fighting Froch, Pavlik, Dirrell and Stieglitz in 2013 »