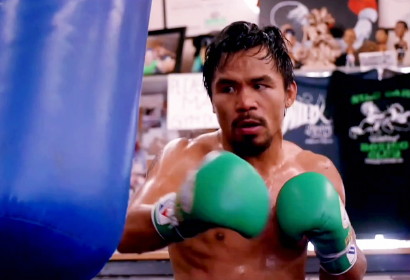 As we wrap up this incredible year of boxing that had excellent drama and excitement surrounding  multiple fights we begin to look forward to this upcoming years match ups.  Whether boxing fans feel these rematches in the works are unfortunate, or whether they are looking forward to them, here is a long list of rematches that are more than likely going to happen next year in 2013.

Boxing fans may be split down the middle with this list and some may feel some of these rematches are necessary and some may feel they are not.  Let’s start with the biggest rematch that more than likely will happen next year.  Pacman vs Marquez 5.  What does Marquez have to lose, he never decisively lost  (in some opinions) to Pacman, and made a very incredible statement in scoring 2012’s Knockout of the year against Manny. While Manny gave Marquez chance after chance who’s to say Marquez will not give Manny his chance to redeem himself plus, what rivalry ends on an even number?  There’s a lot of money Marquez can earn by making this fight happen and as stated before, very little to lose for him.

Martinez did everything he said he was going to do to Chavez.  He said he was going to school him the entire fight, make him unrecognizable when the fight was over, but what he left out in his prediction was the most exciting round of the year, the 12th round in which Chavez dropped Martinez and relentlessly tried to take him out before the final bell rang. Chavez was unsuccessful and while he showed in the 24/7 episodes that he wasn’t as dedicated as he could have been, he showed in his performance a fighter that couldn’t let his hands go, and in his positive test for the use of marijuana (which is NOT a PED) that he wasn’t all in when it came to this fight which was quite the opposite for Martinez who campaigned for this fight for over a year.  These facts make people wonder what the outcome would have been had Chavez taken this fight as seriously as Martinez.  Had Chavez started early could he have gotten Martinez out of there?  We may find out the answer to this question sometime next year.

A rematch between Garcia and Khan next year is extremely warranted.  Khan has sought out only the best in an effort to establish himself as one of the top pound for pound fighters and eventually move up to welterweight.  Those plans were put at a halt when a terrible decision was made in D.C. and then an unfocused Khan got himself knocked out by Garcia.  Anyone that watched that fight saw that Khan was on pace to give Garcia a Pauli Malignaggi beat down but Garcia flipped the script, closed his eyes, and swung for the fences landing a powerful hook to Khans neck that Khan never gave himself the chance to recover from.  Garcia’s father did an incredible job getting into Khans head and with last year’s Trainer of the year in Virgil Hunter behind Khan we will see a clash of trainers as Virgil will not let Garcia’s father do the same thing the second time around.  Khan didn’t look too different in his comeback fight against Molina, but we can expect him to be much wiser when facing Garcia in 2013.

As a boxing fan I am not too happy about all the rematches that will be taking place this upcoming year.  I can understand how they are marketable and may bring money to the sport from the casual fan but they also eliminate our chances on seeing much more interesting matchups.  For example I would like to see Marquez matched up against pretty much anybody else then Manny.  I would like to see Rios matched up against others in the junior welterweight division (what about Marquez vs Rios!), is there a need for him to beat up Alvarado again? I would like to see Ward move up in weight as he has clearly shown no one in the super middleweight division can come close to beating him (or Chavez moves up and faces Ward!).  The two matchups I just suggested excites the boxing fan, the one that is forced to take the good with the bad and still show dedication to the sport. It’s unfortunate that promoters and even fighters don’t have the fans at heart and are not looking to please them.  In most sports the best eventually have to face the best.  But next year will be plagued with rematches that aren’t even necessary.  These rematches will leave out up and coming fighters from getting their shot at being known and they will leave out the fans from watching the match ups that they really want to see.

Robert Guerrero: I haven’t reached a deal with Mayweather yet »