Erislandy Savon could be a star someday if he leaves Cuba 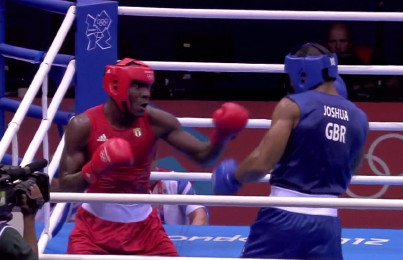 By Dan Ambrose: Cuban Super heavyweight Erislandy Savon has got the makings of a real star if he can one day leave Cuba where he lives. Savon, only 22, fought briefly in the 2012 Olympics in London but was eliminated in his first bout of the Olympics in a highly controversial 17-16 loss to Britain’s Anthony Joshua.

Joshua would go on to win the gold medal in the tournament after winning three more fights with two of them being controversial wins over Ivan Dychko and Roberto Cammarelle. Savon, however, fought Joshua very well and actually got the better of him in every round of the fight in particular the 3rd round when Savon was tagging Joshua at will with fast combinations. The way that Savon was able to batter Joshua seems to suggest that Savon could be a future star, because he looked a lot better than Joshua and the gold medal that Joshua went home with perhaps should really be around the neck of Savon right about now.

Savon likely won’t attempt to leave Cuba, because that’s were his family is. Savon is the nephew of Cuban Olympic heavyweight Felix Savon, who won three gold medals in the Olympics in 1992, 1996 and 2000.

Erislandy Savon has a lot of the same talent that Felix has except that he’s not the puncher that Felix was, and he’s not nearly as heavily muscled. However, Erislandy is a lot faster and he puts his punches together really well as we saw in his fight against Joshua.

It’s unfortunate but Erislandy Savon will likely never turn pro unless he decides to leave Cuba, if that’s possible. It would be a risk because there’s always the chance that his career might not pan out.