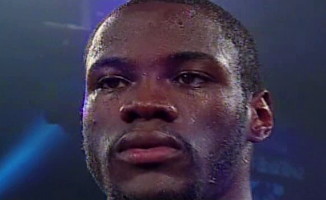 By Scott Gilfoid: 6’7″ unbeaten heavyweight prospect Deontay Wilder (23-0, 23 KO’s) will be taking a step up in class next month against equally big 6’7″ Kelvin Price (13-0, 6 KO’s) on August 4th in a nice little test at the Exposition Hall, in Mobile, Alabama.

Price, 37, is a talented fighter at well, although he’s a little older than your usual prospects, but I’ve seen a couple of his fights and I rate him highly.

Wilder, 26, has just been blowing away all of his opposition because of his amazing right hand power. He’s clearly the biggest puncher in the heavyweight division with his right hand strength bar none, and the thing of it is, Wilder doesn’t need to ever really develop his left hand. His right hand is so good that he can knock everyone out with that weapon alone. Wilder is like the heavyweight division’s version of Guillermo Rigondeaux. For boxing fans who don’t have a clue to Rigondeaux is, he’s the WBA World super bantamweight champion and is considered to be the best fighter in the 122 pound division.

Rigondeaux, a southpaw, rarely uses his right hand at all. He’s never developed it and has little power with that hand, but it doesn’t matter because he’s so strong with his left hand alone. This is exactly the way Wilder is. He’s just got that huge right hand and it doesn’t matter if he never develops a jab or a big left hand to go with his right, because if and when he lands his big right hand against any heavyweight the fight is going to be over.

While I think Price is a decent prospect with some nice skills, it doesn’t matter because once Wilder lands one of his big right hands he’s going to poleaxe him and have him counting stars. Wilder is simply one of those rare heavyweights that come around every 25 to 50 years with power out of this world. There isn’t a heavyweight in the division that can take getting hit by Wilder’s big right hand bombs. Price is going to be for a world of hurt on August 4th when Wilder connects with his first right hand. I suspect it won’t take more than four or five hard right hands from Wilder to score a quick knockout.

« Who is the best heavyweight in Australasia? A tournament to find out?

Robert Guerrero: Pacquiao is reckless, he’s tailor-made for me »