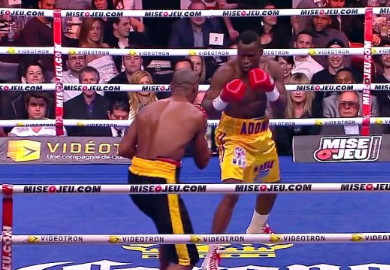 Pavlik, 30, has until June 8th to say whether he’ll take the fight or not. If he decides not to accept the bout, the IBF will move on to the next available contender #9 IBF Pablo Farias. #3 IBF Edwin Rodriguez was previously asked by the IBF to face Stevenson but he railed to accept it. Other contenders Thomas Oosthuizen and James DeGale haven’t spoken up asking for the fight.

I’ll second that. I don’t think Pavlik will accept the Stevenson fight either, because he’s too fast, too powerful and his southpaw stance would be all wrong for Pavlik. To be sure, Pavlik would have a puncher’s chance against Stevenson if he could make it past the first few rounds, but it would be too much of a jump up in competition for Pavlik, who hasn’t faced a live body since 2010 when he was beaten by Sergio Martinez. Pavlik looked awful last year when he barely beat super middleweight fringe contender Alfonso Lopez by a 10 round majority decision. Pavlik didn’t fight again after that fight until recently when he stopped little known 2nd tier fighter Aaron Jaco in the 2nd round in March.

This Friday, Pavlik will be taking on another 2nd tier fighter in Scott Sigmon. Pavlik is being groomed to face fellow Top Rank fighter WBC middleweight champion Julio Cesar Chavez Jr. in late 2012 or early 2013. His promoter won’t want to mess that up by putting Pavlik in with Stevenson and having him knocked out.

« Pacquiao says he’s going to change his mood against Bradley

Rigondeaux: The other champions at 122lbs are hiding; they are cowards »