Bradley a step below Pacquiao in class 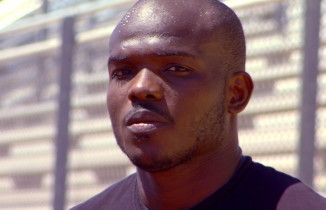 By John F. McKenna (McKenna): The fight between undefeated World Boxing Organization (WBO) light welterweight champion Timothy Bradley (28-0-1 NC, 12 KO’s) and Filipino icon WBO welterweight champion Manny Pacquiao (54-3-2, 38 KO’s) is just a little over three weeks away and the media hype machine is in full swing. The big fight will take place on June 9 at the MGM Grand Arena in Las Vegas and will be an HBO Pay Per View (PPV) event.

Clearly Top Rank CEO Bob Arum will have his hands full in trying to match the huge PPV numbers brought in by the Mayweather – Cotto fight on June 9. That fight too took place at the MGM Grand Arena and did very well drawing roughly 1.5 million PPV buys.

Five time trainer of the year Freddie Roach, who has guided over twenty fighters to world championships, was at first dismissive of Bradley as a possible opponent for “Pacman” and even wondered aloud whether Manny would be able to get himself up for Bradley. Clearly at that point Roach did not believe “Desert Storm” was up to the task of facing Manny in the ring.

When it became evident however that Bradley would in fact be moving up in weight to challenge Pacquiao for his WBO welterweight title belt, Roach was left with going along with the program so to speak. Roach until recently has been careful not to minimize Bradley’s chances in print. There are tickets to be sold after all and “Uncle Bob” has a fight to promote. Arum is not blessed to have the name fighters on the undercard of the Bradley – Pacquiao fight that were on the Mayweather – Cotto undercard.

Still Roach occasionally lapses into telling the boxing media what he really thinks of Bradley and his chances against Pacquiao, much to the chagrin of the Top Rank CEO. Recently during a question and answer session with HBO Roach had this to say:

“He never impressed me much.” Roach went on to say in the interview that Manny would have an easy time putting Bradley in his place and equated his fate to that of Ricky Hatton who was KO’d in the 2nd round by Pacquiao.

Roach’s comments were not exactly music to the ears of Bradley who shot back with:

“Freddie has confidence in his fighter, and that’s great, but I don’t think they realize what they are getting into, to be honest with you.”

Odlanier Solis weighs in at a fat 267.5lbs for Airich fight »