Will the WBC strip Chavez Jr. if he fails to fight Sergio Martinez next? 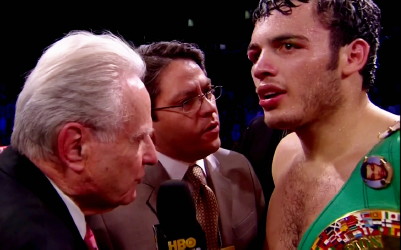 Martinez now just wants the World Boxing Council to do their job and strip Chavez Jr. of his belt if and when he fails to fight him next, as the WBC President Jose Sulaiman said that Chavez Jr. must do.

Right now it doesn’t look like Chavez Jr. is going to bother fighting Martinez in his next title defense, because there’s already talk of Chavez Jr. fighting the UK’s Martinez Murray on June 16th in El Paso, Texas. Murray just fought to a draw against WBA World middleweight champion Felix Sturm in his last fight. However, Martinez is the mandatory challenger for Chavez Jr. and the WBC already said that Chavez Jr. must face Martinez next, as long as Martinez can get by his March 17th fight against Matthew Macklin in New York. Martinez if heavily favored to win that fight and it’s going to put a lot of pressure on Chavez Jr. to defend his belt against him because he won’t have the same selling point as he does now if the WBC strips the title from him for not fighting Martinez.

The real question now is whether Sulaiman was speaking the truth when he said that they would have to strip Chavez Jr. or was that just Sulaiman saying things that Martinez wanted to hear but without backup? It will be a huge move if Sulaiman strips Chavez Jr. of the title, but definitely one that would be deserving because he has given Chavez Jr. the word that he has to fight Martinez next. It’s not as if he hasn’t already let him know.

Adamek to have his chin tested by Aguilera on March 24th »