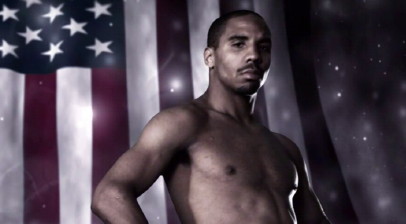 By Dominic Sauboorah: It really is a pick ‘em fight. Andre Ward (24-0-0). The flashy, handsome and charismatic fighter showed to many that he’s one for the future when he managed to win a Gold Medal at the 2004 Olympics in Athens, Greece.

He’s still undefeated as a professional but despite this some say that he lacks much power, due to his low knockout rate. Nevertheless at this moment in time he’s the reigning WBA super-middleweight champion which has to count for something.

Ward is considered to be one of the best defensive fighters in the world and is also seen to many as one of the pound-for-pound greats in the world, alongside the likes of Wladimir Klitschko and Floyd Mayweather Jnr. His style of fighting has attracted many people from around the globe to watch him, picking his opponents off at range, wearing them down and generally outclassing them from start to finish. He’s beaten the likes of Mikkel Kessler, Allan Green and Arthur Abraham. All hard hitting and pressurizing fighters, yet he managed to walk them down and prove to many how he’s the best super-middleweight in the world. Nevertheless his next opponent from Nottingham might beg to differ.

Carl Froch (27-1-0). Easily one of the most exciting fighters Britain has to offer and this is proven by the fact that he’s the reigning WBC super-middleweight champion. His record speaks for itself whereby he’s won 20 of his fights by way of knockout. Quite clearly Froch is a powerful puncher. He’s proven that against the likes of Jean Pascal, a natural light-heavyweight fighter and Glen Johnson, the man who successfully beat Roy Jones Jnr. Carl Froch is considered to have the best chin in the sport of boxing as he’s taken the best punches of Pascal and Johnson yet refused to switch into defensive mode, let alone hit the canvas. He fights like a man on a mission. His grit and determination in fights astounds many as he’s able to throw heavy handed and quick shots yet never appears to break a sweat. Froch tends to throw caution to the wind, going toe-to-toe with most of his opponents, due to the fact that he was quoted as saying “I want to defend my title in style.” Despite Carl Froch losing to Mikkel Kessler by a unanimous decision, he still showed a lot of heart by taking a lot of punishment, barely looking hurt and then responding with heavy and sharp combinations. Froch struggled to settle for most of the fight, but still held his own and fought through till the end.

Both these warriors have it all to lose. This fight has been hyped up to be the fight of the year and why not? Andre Ward. The undefeated American star who makes it impossible for fighters to hit him. Carl Froch. The hard hitting Brit, who has taken disastrously heavy shots and managed to come back with something better.

This fight is based on one man who naturally knows how to break down his opponents and one man who knows how to walk through punches. Class against guts. Speed against power. Andre Ward against Carl Froch. It’s going to be biblical.

« Smoger: Margarito was turning the fight around on Cotto when it was stopped

Vitali: I’ll make sure I arrange a wake-up call for Chisora on Feb 18th »