Alvarez: Gomez has the perfect style for me 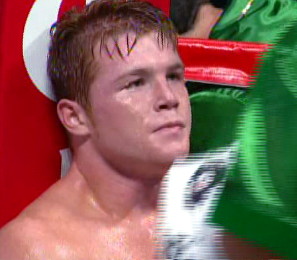 By Dan Ambrose: WBC junior middleweight champion Saul Alvarez (37-0-1, 27 KO’s) believes that the style of his opponent Alfonso Gomez (24-4-2, 12 KO’s) will be perfectly suited for his counter punching style of fighting on September 17th. Gomez, 30, likes to slug and doesn’t back off. He’s going to be there trying to knock Alvarez out with every shot.

This is going to leave a lot of openings for the young 21-year-old Alvarez to land his counter shots. Gomez isn’t a huge puncher by any means. He’s got good power, but he’s lacking in the huge power that he would need to keep the hard hitting Alvarez off.

In an article at the Houston Chronicle, Alvarez said “I think his style is going to be perfect for me.”

Gomez has made his name for the most part beating older fighters at the end of their careers like Arturo Gatti and Jose Luis Castillo. The best win of Gomez’s career as far as younger fighters go was his win over fringe welterweight contender Jesus Soto Karass in 2009. That fight was cut short in the 6th round because of a clash of heads that left Karass bleeding.

You can’t really call it much of a win because Karass was coming on at the time and Gomez was fading. Other than those wins, Gomez’s career is rather mediocre. He was blown out by Miguel Cotto in 2008 in a 5th round retirment. Gomez hit the deck three times in the fight, going down in the 2nd, 3rd and 5th. It was almost comical how often Gomez was hitting the deck and it was a big disappointment for boxing fans who saw the fight thinking Gomez would be competitive with Cotto.

Devon Alexander moving up to welterweight, could face Malignaggi next »