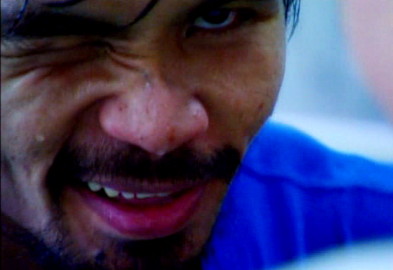 By Glenn Findlay: Manny Pacquiao’s adversaries have segregated the boxing fraternity, with bellowing accusations of “shot fighters” and “drained catch-weights” whilst others gasp in authentic dis-belief at the seemingly titanic scale up the ascending classes like weight differentials do not even exist in the sport of Gods.

The early part of Manny’s career has been well documented; undefeated combating a prime Marquez twice with four knockdowns, the foe of Barrera twice and the belligerent trilogy of wars conquest over the legendary, antagonist Erik Morales. It is his ascent up the weight classes that ignites the most debate.

Now, no-one can refute that at the age of thirty five, Oscar De La Hoya was on his way down the sport. That is not in question; but Manny Pacquiao had to mount two weight classes compared with Oscar’s one plunge in weight class. If Oscar De La Hoya drained himself for this brawling conflict then that is unequivocally his quandary; and his predicament alone. This amateurish in-expertise rests sorely at Oscar’s door but that should not embezzle away the quite dazzling performance of Manny Pacquiao who garnered eight victorious rounds out of eight before Oscar relinquished his tormenting anguish on his cringe-ridden stool. Propelled into retirement with shrinking re-coilment etched all over his humiliated facade.

Ricky Hatton was twenty nine, undefeated in forty five fights at Light welterweight (as Mayweather stipulated for him to step up to welterweight to engage). A fully-fledged champion was dismantled with a thrashing whitewash of carnage brutality in a literal six minutes, culminating in two classic knockdowns and the most grandiose, majestic TKO of all time. Miguel Cotto was aged twenty nine, a power-house technician and welterweight champion who had prevailed triumphantly in his preceding two bouts with one loss in thirty four outings before Pacquiao. Manny bestowed Cotto with a pure boxing tutorial, accomplishing triumph in ten out of the first eleven rounds, followed by a TKO him in the twelfth, along with just the two knockdowns from angles that Cotto could not defend against. Next was Joshua Clottey who is a boxing tortoise; i.e…wrapped in a shell of protection and had never been knocked out. The haters profess this was an effortless fight as Clottey didn’t hurl many blows…..those in the boxing know will enlighten that Clottey didn’t open up as once he had undergone Pacquiao’s gargantuan intense power and vigor; he deemed he would be knocked out, therefore rebuffed any consideration of engaging with Manny. His words, not mine. This is the key to Pacquiao’s supremacy inside the ring….his foes encompass legitimate game-plans that are cast out the window once they encounter Manny’s implausible mind-boggling power. You can have a game-plan for a southpaw; you can have a game-plan for a counter-puncher; an orthodox lead right-hand…what you cannot & never can plan for is the level of searing power you’ve never collided with before. This is Manny Pacquiao.

He repetitively makes good fighters look bad, as his power literally sends the fear of God into them and they cannot cope, instead going into survival mode. Trade with him, he’ll destroy you with endless speed, slips and angles; run from him and you’ll lose every round; out-box him, he’ll adjust….out-work him, impossible with his endless stamina. How exactly do you win more than the odd round at welterweight against him? The problem any boxer has with Manny Pacquiao in 2011 is; he has fused together an art form of boxing and martial arts that is nearing being un-fightable in his weight class. Now for any boxer at welterweight to cope with his truly extra-ordinary power that has cultivated through this blending violence of martial arts into his boxing techniques is arduous enough; what is even more complex is for anyone to attempt and win enough rounds to hail triumphantly in an actual fight at welterweight.

Then onto the disgraced Antonio Margarito; what was intriguing about this fight was the contrast between size, power, height and reach of Margarito against the speed and dynamism of Pacquiao. The “David & Goliath” syndrome…Pacquiao himself has admitted that he was wounded in this fight; that it was the most toughest, arduous encounter of his life striving to overcome the colossal disparities in boxing terms. Un-officially on the HBO scales; Margarito was seventeen pounds heavier than Pacquiao….a truly astonishing three burdensome weight classes. When was the last time any of us witnessed a seventeen pound difference outside of the heavyweight divisions?

Both Floyd and Manny have elevated their boxing vocations to such a soaring altitude that sitting on top of their respective thrones; they have the swaying command to consent to whatever engaging battle from an economical standpoint will herald them the most hard cash…hence why they both wrangled with an ageing Mosley. It is as simple as that. Both enhanced their legacies by zero but if you were Manny or Floyd and could construct an escalating upward pile of twenty five million dollars exchanging blows with an ageing “hall of famer” in Mosley, or upwards of ten million dollars commencing warfare with an up and coming Bradley or Khan; what would you do? Cash has and unfortunately, always will be king, sovereign and ruler in the sport of boxing. Only the naive amongst the boxing fraternity christen a fighter “shot” after one or even two defeats…and more imperative; to accuse and indict these legends of the ring as being “shot” on this website is abundantly disrespectful, especially to the objective boxing alliance. If one defeat made you shot, Mosley would have been shot before destroying Margarito; Margarito would already have been shot a long time before demolishing the un-beaten Miguel Cotto & Manny Pacquiao himself would indeed have been “shot” back in 2005 after the foremost tear-down defeat on American soil to Erik Morales. See how illogical this statement is?

This is the vital, most principal imperative point. It is not Manny Pacquiao’s wins that are remarkable….it is the manner in which he is dispatching these guys that is extraordinary. It is the manner in which he is taking on these high-quality prized fighters and taking the fight to them, guns blazing with his cache multi-equipped arsenal. It is the manner in which every champion he’s embezzled a belt from has had a height, reach and weight advantage (even with a catchweight), yet his opponents are fortunately auspicious to win even a single round. The truth is…Manny Pacquiao has engaged in fifty eight rounds of boxing with these pre-eminent boxers and won fifty six rounds. This is one of the most chief-essential, eminent points that often gets cast adrift in the haze of the jealous and envious. He has lost an absurd two rounds out of fifty eight…..which is truly & utterly miraculous for a man of such minuscule stature.

As for the re-iterating quarrel that Roach and his team pluck boxers at the “right moment”; every boxer endeavors to do this. Even the superlative…look at Floyd Mayweather’s last five outings, against Carlos Baldomir aged thirty five, De La Hoya aged thirty four, made a twenty nine year old Hatton step up a division to Floyds weight, a thirty six year old Marquez step up two weights to Floyds weight (and Floyd still came in two lbs over the agreed limit), as well as a thirty eight year old Shane Mosley. Manny Pacquiao’s natural inherent physique and weight looks to me about one hundred and forty lbs; I believe four lbs plus is packed on just so he can contest with more natural Welterweights. Manny cannot physically fight above one hundred and forty four lbs…it is genetically impossible without fleecing one his greatest assets away from him; his trade-mark speed. It would be boxing suicide.

Even taking into account the catchweight; Manny has taken on all naturally bigger and theoretically stronger fighters. All catchweights do is try and bring the fight down to an even playing field somewhat, but they don’t hand the advantage to Pacquiao. The beneficial gain is…and always will be with the heavier, stronger opponent (unless physically drained like witnessing De La Hoya). The only other catchweights were Cotto and Margarito, both who fully admit they met the weight with ease. What we have in these fights is Manny actually coming in under the catchweight, whilst his opponents are well over on the actual fight night. To anyone who has ever boxed; a few pounds makes a size-able difference, five to ten pounds is ridiculous…seventeen pounds seems implausible yet Pacquiao confound and conquered his eight world belt with a handicap of a staggering seventeen pound weight differential. For those that question the many governing bodies leading to the captured eight world titles; Manny has also been lineal champion in four different weight classes…firmly cementing his legendary status.

Never forget…those precious few that convene on the highest of “P4P” thrones will be the scapegoats for the envious and jealous of the boxing world. For every fan of Manny Pacquiao; for every objective boxing historian who places him as the current savior of boxing…you have the disgruntled nobodies who sit at home, behind their keyboards, envious of his talents and the praise that is lavished on his core essence. Manny Pacquiao’s legacy is firmly solidified, with or without the generational super-fight….if he were to vanquish Floyd Mayweather; he could rightly be proclaimed as possibly the greatest boxer of all time. He initiates a war in the ring with electrifying excitement not witnessed since the hazy, stimulating days of Mike Tyson’s invigorating and alluring fists. His popularity and humbleness holds no bounds and until another fighter of five foot six inches and a mere one hundred and forty four lbs is an eight division world champion; a lineal champ in four different weight classes; has the greatest knock out in boxing history to his name…and most importantly, has fusioned a groundbreaking style of boxing and martial arts; then Manny Pacquiao will be perpetually revered in lofty esteem and the highest regard by the boxing intelligence.

A Pound for Pound Perspective »