Haye out of his depth against Wladimir 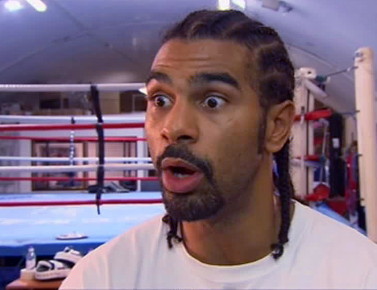 Haye, 6’2”, has never had great boxing skills and has never really developed a jab. Haye’s whole career has been centered on his ability to throw pot shots to stun his opponents and then flurries to finish them off. The pot shots have worked against shorter opponents or the older heavyweights that Haye has feasted on to put himself in the position to fight Wladimir.

However, Haye’s desperation pot shots won’t bring him the desired results against Wladimir, and he’ll end up getting peppered all fight long until the fight is mercifully halted at some point. Haye doesn’t throw flurries unless he’s got someone staggering around the ring, and without the size to reach Wladimir on a consistent basis, Haye will be stuck at the distance taking hard jabs to the head all night long.

Haye’s movement, which was effective in helping him narrowly beat Nikolay Valuev, won’t help him any against Wladimir. The tall Ukrainian is well accustomed to fighting opponents that run around the ring the way that Haye likes to do. Earlier in Wladimir’s career, he would have struggled with this kind of tactic, but not now.

Wladimir will merely pick off Haye with jabs and bruise his face up quickly. For Haye to land, he’s going to have to rush forward and throw some home run punches. He can’t just throw a pot shot from a mile away and hope that it lands because Wladimir is good at pulling back and throwing a mean left hook while going backwards.

If Haye gets hit with one of Wladimir’s left hooks, it’s going to be all over. Just the treat of getting hit with one of Wladmir’s left hooks will keep Haye honest. It’s going to be like watching a replay of Lennox Lewis vs. Tommy Morrison. Lewis was too tall and Morrison wasn’t willing to take chances and ended up getting jabbed silly until the fight was eventually stopped with both of Morrison’s eyes swollen.

« Peter vs. Helenius: Will Samuel get stopped again?