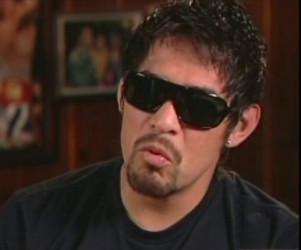 By Sam Gregory: Saturday night, January 24th, the boxing world was treated to a superb display of pugilistic excellence when Sugar Shane Mosley upset welterweight contender Antonio Margarito with a 9th round stoppage at the Staples Center in Los Angeles.

Over shadowing Mosley’s display of his ring superiority was the controversy that erupted before the first punch was thrown by either fighter. The first report of the incident was broadcast when HBO commentator Larry Merchant described the “plaster-like” substances were removed from Margarito’s hand-wraps.

During the pre-fight inspection of the fighter’s hands being wrapped by the trainers, Shane Mosley’s trainer Nazim Richardson discovered the abnormality and immediately brought it to the attention of Dean Lohuis, chief athletic inspector of the California State Athletic Commission who confiscated the wraps in question. Now said wraps serve as exhibits A and B in the commission’s investigation into whether Margarito or members of his team conspired to load the fighter’s gloves to increase his punching power.

According to Nazim Richardson, when he entered Margarito’s dressing room, the “pads” had been prepared but the wrapping process had not yet begun. Richardson said they were just beginning to work on Margarito’s right hand when he arrived.

Putting tape directly on the skin is against the rules according to the California Athletic Commission, so Richardson protested. When the Commission representative who was there in the room said that he was fine with what they were doing, Richardson asked that the Commissions chief athletic inspector, Dean Lohuis, be brought into the room. Lohuis agreed that there was too much tape being applied directly to Margarito’s skin and had them be re-wrapped. It took two more tries of re-wrapping the hands to satisfy both Richardson and Lohuis. The real shocker, however, occurred when they moved on to Margarito’s left hand.

Richardson said, “When he started on the left hand I asked to feel the cushion (the pad) before he put it on the knuckle. I asked the deputy from the commission, ‘Did you squeeze the cushion on the right hand?’ And he said no. so Margarito put the right hand up and said, ‘Go ahead you can feel it,’ and I said, ‘No, let me squeeze this cushion before he puts it on the left hand.”

Richardson continued, “So when I squeezed the cushion, it was brick hard. I said, ‘This is not right.’ I asked the deputy to feel it, so he did, and he said, ‘It feels alright to me.’ I said, ‘No, that thing is too hard.’ So I asked the commissioner (Lohuis) to feel it, and he said, ‘Yeah, that does feel hard.’ So he peeled it back, and when he peeled it back, a square block of old wet gauze fell out that was covered with plaster. And it had an old dried-up blood stain on it.”

At this point it was almost time for Margarito to make his walk to the ring, and the trainer was reluctant to un-wrap the already wrapped right hand so the pad could be inspected.

When they did, a block of gauze similar to the one they found in the left hand feel out. Richardson took the evidence himself.

Richardson said, “I took the two pieces, and I told the commissioner that I wasn’t giving them back to Margarito’s people. I’m only giving these to Shane’s lawyer,” Richardson said. “So I took the two pieces when we went to Shane’s room to wrap Shane’s hands. The lawyer came over, and the commissioner came with us, and Shane’s doctor (Robert Olvera) was there. The doctor scratched one of the pieces, and it chalked up. He said, ‘This is the same plaster we use to make casts in the hospital.”

Richardson than said he took the pieces back from Olvera and surrendered them as evidence to Lohuis for investigation by the commission. The pieces were then placed in a box, which was sealed with tape and signed by Mosley’s lawyer, Judd Burstein; but not before Richardson had several people with camera phones handy to take pictures of the two pieces of gauze.

When Richardson was later asked if he thought Margarito would have gained an edge against Mosley if the pads had been allowed to stand as they were. Richardson laughed and said, “With the kind of condition we had Shane in; I figured if Margarito had a stick in his hand he wouldn’t have beaten Shane that night.”

As it stands now Margarito’s camp hasn’t been saying much pending the investigation. But both Mosley’s doctor and Richardson are saying the gauze blocks that came out of Margarito’s gloves were “hard and plaster like,” and the CSAC has deemed the gauze blocks removed from the gloves “foreign substances” and worthy of at least temporarily suspending Margarito and his trainer.

« Darchinyan To Move Up A Weight Class