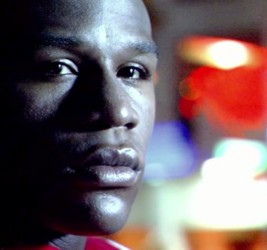 By Eric Thomas: In the latest boxing news, Floyd Mayweather Jr. is reportedly interested in ending his year-long retirement for a bout against Manny Pacquiao. According to an article in the Grand Rapids Press, Mayweather Jr. (39-0, 25 KOs) is interested in facing Pacquiao next. If this turns out to be true and not some silly rumor, then Mayweather Jr. would be stepping into a fight that would likely be as huge a fight as Pacquiao’s recent fight with Oscar De La Hoya last Saturday night.

Beyond that, of course, it would give Mayweather a fight that he would have none of the risks that he would face in dealing with tall, punching machines like Antonio Margarito and Paul Williams, both of whom would be very tough bouts for the short 5’8″ Mayweather to win regardless of his better overall boxing ability.

At the end of the day, Margarito and Williams might have too much size for Mayweather to handle and no amount of talent could compensate for their much superior work rates and size advantages over Mayweather. But with a fight against the short, 5’6″ Pacquiao, Mayweather would only have to deal with Pacquiao’s hand speed and ring movement, something that Mayweather might have more than enough skills to compensate against.

It wouldn’t be an easy fight, though, because Mayweather struggled in his fight against De La Hoya, barely beating him. Whereas, Pacquiao totally dominated De La Hoya every second of the fight and had zero problems with his size or style. With over a year off from boxing, a fight against a prime Pacquiao would be a huge obstacle for Mayweather to deal with, especially with all the ring rust that has likely built up during this time.

It would be fair to say that Mayweather probably hasn’t been training, sparring or working out hard in the year that he’s been out of boxing and even if he does work himself back into shape, he wouldn’t be as good as he was before he started his retirement. Now 31, Mayweather could very well start showing his age and against a fighter as fast and as powerful as Pacquiao, that would be a big problem.

Mayweather last fought in December 2007, stopping Ricky Hatton in the 10th round. He looked nothing short of sensational in that fight, beating a limited Hatton around the ring like a school child. If Mayweather is still up to that level, which I seriously doubt, he would probably have too much size and power for Pacquiao to deal with.

Unlike De La Hoya, Mayweather wouldn’t have to diet down and strip off a lot of weight to make the welterweight class, because he walks around at this weight and could make the weight without even working out. With Mayweather at full strength, Pacquiao would be forced to fight someone about as fast as him but with much better boxing skills and with equal power.

In the end, that may be too much for Pacquiao to have to deal with. However, both he and Mayweather would get a huge payday out of the fight and it would be a much bigger fight than Pacquiao’s potential fight against Ricky Hatton.