De La Hoya-Pacquiao: 65-35 Split Might Not Be Good Enough For Manny 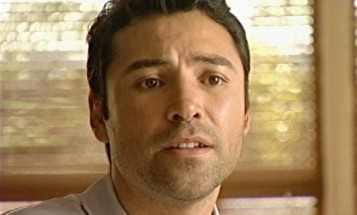 By Sean McDaniel: In the latest boxing news on the Oscar De La Hoya vs. Manny Pacquiao fight negotiations, there’s still no movement between the two sides, and it may turn out that a 65-35 split might not be good enough to get Pacquiao to sign for the fight. In fact, De La Hoya, 35, might want to sweeten the offer a little more and perhaps bump it up another percentage point or two, so that Pacquiao might find it more to his liking and agree to the terms. The original offer made to Pacquiao was a 70-30 split, with Pacquiao getting the much smaller 30% PPV revenue.

Some boxing fans might think that this is a low number, but given the fact that De La Hoya is the name here, the main drawing factor in the U.S. by far, it more than makes sense. Even at the lower 30% number, it’s still more than two-three times the biggest amount of money that Pacquiao has ever received in a fight in his entire career. Perhaps this is why Pacquiao’s trainer Freddie Roach is trying so hard to get him to change his mind about the fight, and to get him to come back to the bargaining table. However, there’s been no word whether Roach has had any effect on changing the mind of Pacquiao, who walked away from negotiations several days ago, not interesting in accepting the 70-30 purse split offer.

I think both fighters will eventually get this ironed out, though, because De La Hoya probably will keep at this until he gives Pacquiao an offer that he finds to his liking. As popular as De La Hoya is as a fighter, he still needs a big-name opponent in order to create enormous PPV events, and none of the other options that De La Hoya has available to him – Shane Mosley, Paul Williams, Antonio Margarito, Felix Trinidad, and Sergio Mora – would accomplish that goal.

All good fighters, yet none of them are in the class of Pacquiao in terms of ability and popularity, which is why I expect that De La Hoya will eventually get this fight signed, even if it means having to give Pacquiao exactly what he originally asked for – a 40% split of the PPV revenues.

Ricky Hatton, if available, would be another option that would perhaps rival that of Pacquiao, except that Hatton has a fight in November and won’t be able to be ready for a fight in December against De La Hoya. Besides that, Hatton is only one fight removed from his 10th round stoppage loss to Floyd Mayweather Jr. in December 2007, and he still perhaps needs to build up some victories to erase that image in the boxing public’s minds. That pretty much leaves Pacquiao as the best candidate for the job, and for that reason I see De La Hoya eventually giving Pacquiao almost everything that he is asking for to make this fight happen.

« Amir Khan vs. Breidis Prescott: Is This a Step Back For Khan?