Smith says he’s pretty sure the fight with WBC heavyweight champion Fury will take place this year, but what gives him some misgivings is how Fury (33-0-1, 24 KOs) talks about retiring so frequently.

If the Fury fight happens, then great, but Smith isn’t going to get his hopes up that it does until it happens. Fury blew apart the recent negotiations with AJ by trying to rush him into signing by setting deadlines.

Joshua vs. Wilder would be huge for U.S. boxing fans because they like watching exciting fights. With Fury, he’s going to do a lot of ugly mauling, and it’s not entertaining to watch that simple style that he uses.

“We’ve got the return of AJ, which people are excited for as well,” said Frank Smith of Matchroom Boxing to iFL TV. “I think either that or Deontay Wilder,” said Smith when asked if we’ll see Joshua vs. Tyson Fury in 2023. 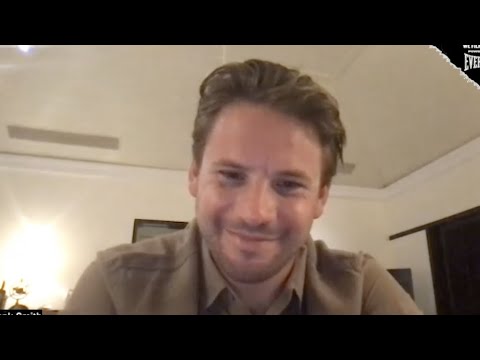 “Ultimately, we all do want to see that fight, but we have to manage AJ’s career in a way that delivers for him and not thinking about other people and what their plans are.

“I would like to see the Fury fight happen, and I definitely think it will happen. I think it’s too big not to happen. He’s obviously focused on the Usyk fight first. We’ll see what happens there.

“The Wilder fight is a massive fight for me as well.

“Ultimately, we need to plot out a plan that gives him the ability with his team to rebuild,” said Smith when asked what type of fight will Joshua have next. “He’s coming off the back of two tough fights against Oleksandr Usyk.

“In the second fight, he really did improve and he put in a great performance. Now he needs a fight to build back from, and then maybe we look at the Dillian Whyte fight as well. That’s a fight that everyone is interested in. It’s a massive UK fight.

“Then that builds into the potential of a Wilder or Fury type of fight,” said Smith.


« Sergio Martinez on Gennadiy Golovkin: “I can give him a boxing lesson”