How does Andrade fare against the top super middleweight fighters?

By Alex Fesl: Following Demetrius Andrade’s most recent victory vs. Demond Nicholson at super middleweight, he now establishes himself as one of the top contenders at that weight.

Looking ahead, how does the former junior middleweight and
middleweight champion compare to the elite 168 lb fighters?

Canelo has no interest in this matchup today, in the past, or in the future. Stylistically Andrade would definitely give Canelo problems as he is very sound defensively, has slick lateral movement, and has decent power. But at the same time, it doesn’t really matter, as Canelo believes Andrade is not worthy of fighting him for whatever reasons.

I feel this matchup is the most intriguing of all the potential
matchups. Benavidez, perhaps the most feared fighter at 168 lbs, has been gaining a lot of hype lately for his highlight knockouts and fan-pleasing style.

Additionally, he appears to be in the same position as Andrade in that Canelo has little to no aspirations to fight him. Stylistically this fight has the potential to be a highly entertaining fight.

Benavidez has dynamite knockout power and relentless pressure, and Andrade is one of the top defensive fighters currently. In a world full of PPV fights, I believe this fight fits the criteria.

Snoozer alert. Former IBF super middleweight champ Caleb Plant is another highly skilled fighter that seems to have similar skills to Andrade. If these two were to fight, it would be a hardcore boxing purist’s dream fight. 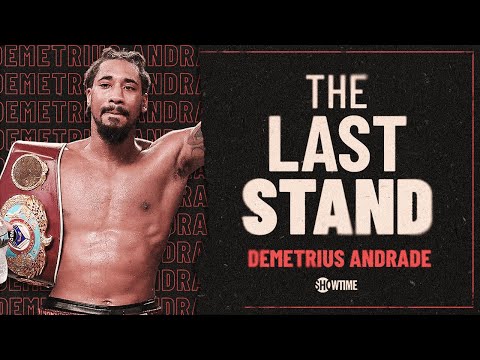 Boxing, lateral movement, jabs…a real chess match. While I would definitely tune into that fight, it doesn’t really make sense in either fighter’s career or monetarily at that, either. PBC probably has no interest in matching these two fighters together.

Like the matchup with Benavidez, this potential fight would produce fireworks. Morrell is a relatively untested current belt holder but has shown flashes of great defensive prowess and devastating knockout power. He seems to do everything well, but he has only been in limited competition.

Much like Jarron “Boots” Ennis, Morrell will most likely struggle to impress when he steps up the competition.

This matchup is probably the most possible of the above as both
fighters are desperate for a big fight and have nothing pending. I think this matchup is ripe for Andrade to showcase his skills and dominate the youthful Morrell.

Let me know in the comments how you think Andrade would do vs. the top super middleweights. Who do you want to see Andrade fight next?