By Dan Ambrose: Eddie Hearn is confident that Canelo Alvarez will meet Dmitry Bivol in a rematch in September after he first defends against his WBO mandatory John Ryder on May 6th.

Hearn states that Bivol has expressed interest in challenging Canelo for his four belts at 168, but it still remains to be seen whether he’ll want to go in that direction when it comes to signing the contract.

What we saw Saturday night with former super middleweight champion Chris Eubank Jr being taken out in a fight at 160, looking weaker than he’d been in the past, it likely didn’t escape Bivol’s attention.

The 32-year-old Bivol hasn’t fought at 168 for a long time, and he might not be able to compete at that weight like he’d done during his amateur days many years ago.

If Bivol changes his mind about fighting Canelo at 168, we might not see the rematch happen because it appears the Mexican star wants an advantage over Dmitry this time.

Bivol will likely need to fight Canelo in Las Vegas for the rematch, which is going to put him in a tough position where he may need to beat him just as bad, if not worse than he did last time if he wants to win a decision. The judges barely gave Bivol the victory last May, giving him the win by the scores 115-113, 115-113, and 115-113.

“First of all, the Canelo-Bivol fight is not done. Obviously, me representing both fighters, we’ve got a pretty good chance of getting that made,” said Eddie Hearn to the DAZN Boxing Show about the rematch between Dmitry Bivol and Canelo Alvarez in September.

“The key for Dmitry Bivol is are you happy to take that fight at 168? The initial feedback is yes. He has the chance to be undisputed out of the blue at 168. Some might even make him the favorite going into that fight after his last performance.

“Canelo Alvarez still wants to fight in May. That’s still the plan to meet John Ryder, although there are some other options on the table as well.

“He has a number of mandatorys. Right now, he’s coming back to a situation where he’s coming off surgery. I feel like the mindset of Saul, and Eddie is we need to come back and make sure the hand is all good before we go into the biggest fight of our career, which is the rematch against Dmitry Bivol.

“So that’s really his mindset.,” Hearn said about Canelo. “He’s the undisputed champion and has belts in every division. He has mandatorys he needs to face. The mandatory that we would like for him to take and the mandatory that should be easy to make is the guy that we represent, which is John Ryder. That’s still the plan. 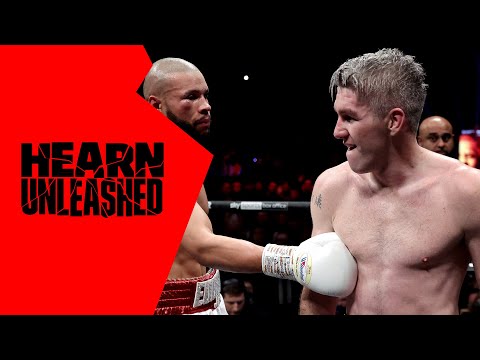 “What we’re doing now is going through the various options in terms of the venue for the fight. The UK, the Middle East,  Las Vegas, Los Angeles, wherever that can be, Mexico, and then we move forward.

“It’s very hard to take him out of Las Vegas because that’s kind of his home for Cinco de Mayo,” Hearn said about Canelo. “When you take him to another country, sometimes the time zone is not as lenient on U.S TV, on Cinco de Mayo celebration if you like. He’d still like to fight internationally.

“I like the idea of doing it in a stadium. He’s done a lot of fights at the T-Mobile. I’d like to take him back to a stadium. The last time he was at a stadium was for Billy Joe Saunders was incredible. Cinco de Mayo in California would be incredible.

“Mexico, of course, would be a historic event. So we’re just unraveling where that fight is going to take place,” said Hearn.