By Sean Jones: Demetrius Andrade says he’s no longer focusing on trying to get a fight with Canelo Alvarez, and instead, he’s looking to go after ‘Tthe Big Three’ at super middleweight in Caleb Plant, Jermall Charlo, and David Benavidez.

Andrade is willing to run the gauntlet at 168 on Showtime to get the fights that eluded him when he was fighting on DAZN and couldn’t get Canelo, Gennadiy Golovkin, or Jaime Munguia to answer the door. 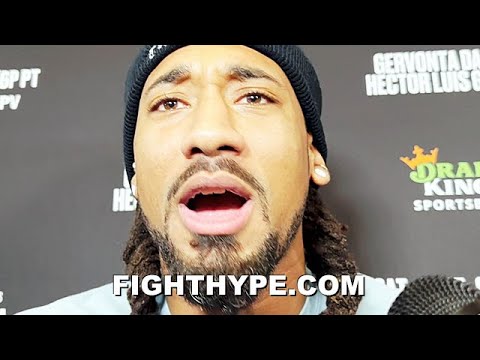 It’s a shame that Andrade (31-0, 19 KOs) had to move over to Showtime to get the fights that he’d been looking for, but it was pretty clear there was no interest from Canelo, Golovkin or Munguia in fighting him when he at DAZN.

This Saturday, the former two-division world champion Andrade will make his debut on Showtime PPV, fighting Demond Nicholson (26-4-1, 22 KOs) in a 10 round bout on the Gervonta ‘Tank’ Davis vs. Hector Luis Garcia card at the Capitol One Arena in Washington, D.C.

“F**k Canelo. I’m here at Showtime. Charlo, Plant, Benavidez, and anybody at 168 that’s going to put on a great fight is who I’m looking for,” said Demetrius Andrade to Fighthype when asked about his interest in fighting Canelo Alvarez after Saturday’s match against Demond Nicholson.

“They [Premier Boxing Champions] have the fighters that I want to get into. I tried it with DAZN, with Jaime Munguia, Billy Joe, GGG, the list goes on. I was over there. I went to everybody’s door, and nothing happened.

“This [PBC] is the best place, and they also want to make great boxing. They got Plant vs. Benavidez. That’s a great match-up. It’s only right that we come over here and we make the Charlo fight at this point. It’s only right for the sport as well as for myself.

“Right now, they’re all tough. They’re all top-level fighters, so each and every one of them is tough.

“I think it’s because my right foot and my right hand is my lead hand,” said Andrade when asked why the top fighters don’t want to face him. In other words, they don’t want to fight him because he’s a southpaw.

“I’m here to fight. Let’s make it happen.  I knocked on everybody’s door, bro. I went to GGG’s press conference, I went to Canelo, and I went to Charlo. Win, lose, or draw, let’s make these fights happen because these are the best fights to make, and I want to be a part of making the best fights in the sport is what I love to do.

“Like I said, win, lose or draw, I want to be part of that. I want to find out what it is. I want to give the sport what it’s looking for as well as myself. The rivalry is crazy.

“We’ve been going at it for years. It’s like the real rivalry that’s out. Me and him [Jermall Charlo]. On sight. ‘What the f**k you looking at, mother f***ker.’ That’s what goes on when we see each other.

“What’s the situation? I’m here. I’d definitely like a blockbuster, do you know what I’m saying,” said Demetrius when told that if he beats Jermall Charlo, his brother Jermell will want to fight him to avenge his defeat.

“I’d definitely like to make that happen. The 154 undisputed kid was the first tangle.  A lot of bull s**t, yeah. That’s all over and done with. We’re going to fight at a much more mature level, and the pay is going to be more greater, and there’s going to be more eyeballs are going to be tuning in. So what are we talking about?

“I’ve been out of the ring for 15, 16 months. We all go through those stages,” said Demetrius about Jermall. “I hope everything is okay with him so I can whoop his a**. Let’s make this s**t happen,” said Andrade. 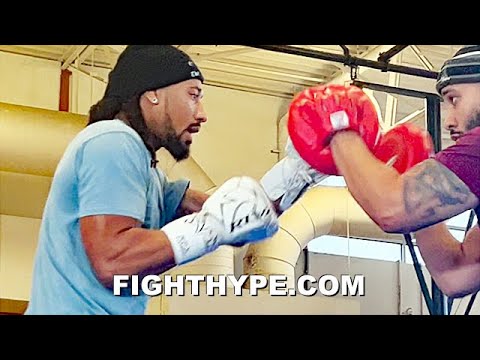