Canelo Alvarez vs. John Ryder in negotiations for May, possibly in UK

By Barry Holbrook: Eddie Hearn has confirmed that negotiations are underway for Canelo Alvarez to defend his undisputed super middleweight championship against Hearn-promoted John Ryder in May, possibly in England, Mexico, the U.S., or the Middle East.

Ryder, nicknamed ‘The Gorilla,’ mentioned the 60,000-seat Emirates Stadium as a potential destination for his fight with the superstar Canelo. That’s an outdoor stadium.

Although Hearn says Canelo has other options besides the 34-year-old Ryder as his next opponent for May, considering that he’s coming off of left wrist surgery, this would be the safest choice.

Ryder isn’t much of a puncher, making it an easier fight for Canelo on paper than if he were to take a more dangerous foe like David Morrell, the re-tooled Caleb Plant, David Benavidez, or Jermall Charlo.

American boxing fans prefer Canelo to fight one of the above fighters rather than Ryder, but Hearn is very persuasive and has the Mexican star’s ear, letting him know that ‘The Gorilla’ would be an excellent choice for many reasons.

Canelo wanting to expand his appeal to the UK markets makes Ryder a good option. Of course, some would argue that if Canelo is going to be fighting a British boxer, he should select Chris Eubank Jr.

“Yeah, that’s the plan. I’ve been speaking to Eddie Reynoso and the team over the last couple of days; we’re negotiating that fight at the moment,” said Eddie Hearn to the DAZN Boxing Show when asked if Canelo Alvarez will fight John Ryder in May.

“We’d like to see that fight internationally, something a little bit different for Saul, and hopefully, we can conclude a deal for that in the coming weeks.”

“UK, Middle East, even the U.S, Mexico,” said Hearn when asked where the Canelo vs. Ryder fight will be staged. “Saul can fight anywhere, but it’s always been a plan of mine to take him around the world, and I’d love to be a part of it.” 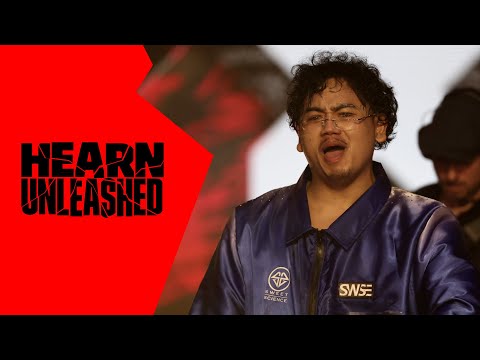 
« Stephen Fulton & Naoya Inoue agree to terms for May on ESPN+