By Allan Fox: Caleb Plant’s trainer Stephen ‘Breadman’ Edwards says he’s already put together a game plan that he feels will work to produce a victory for ‘Sweethands’ when the former IBF super middleweight champion faces David Benavidez in a WBC 168-lb title eliminator at a still to be determined date & location.

Plant (22-1, 13 KOs) has been chiefly known as a pure boxer throughout his nine-year professional career, but in his last fight against former two-time WBC 168-lb champion Anthony Dirrell on October 15th, he displayed some rare hidden power with a single-punch left hook knockout that sent the former champ face down on the canvas.

What’s unclear is whether that power was just an anomaly or a sign that ‘Breadman’ has assisted the finesse fighter Plant in developing his punching power is the big question.

We saw how Jermell Charlo overnight went from being a finesse fighter to one of the biggest power punchers in the game beginning in 2015. Has ‘Breadman’ done something similar with ‘Sweethands’ Plant? If so, Benavidez could be in serious trouble.

“I seen him fight a few times. We got a good game plan, that’s all I’m going to say,” said Stephen ‘Breadman’ Edwards to Fight Hub TV about his fighter Caleb ‘Sweethands’ Plant’s fight against David Benavidez.

“No matter what everybody say, I’m confident that my guy is going to win the fight, and I’m just going to leave it at that. I just believe in Caleb Plant,” Breadman continued about his hopes for a victory for the 30-year-old former IBF super middleweight champion Plant against David Benavidez.

“There’s nothing bad I can say about David Benavidez because he’s a heck of a fighter. Caleb is going to win the fight, and I’m going to leave it at that.

“Caleb has got to say what I did in camp, or his dad, because I didn’t know how their camp was before I got there,” said Breadman when asked what he taught Plant that led to him suddenly showing rare power with his one-punch knockout over former two-time WBC super middleweight champion Anthony Dirrell on October 15th. Dirrell had never been knocked out in the clinical sense before that fight. 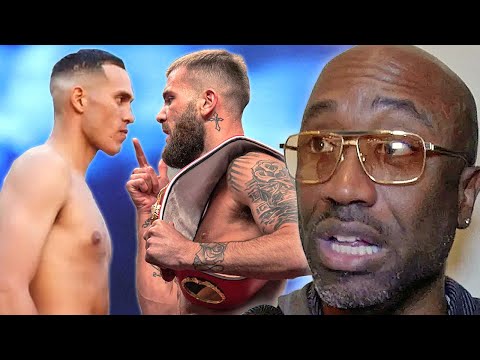 “I know I did my best, and we had a great camp. Every single day was productive, and that’s a rare thing. He went 100 miles per hour,” said Edwards about Plant.