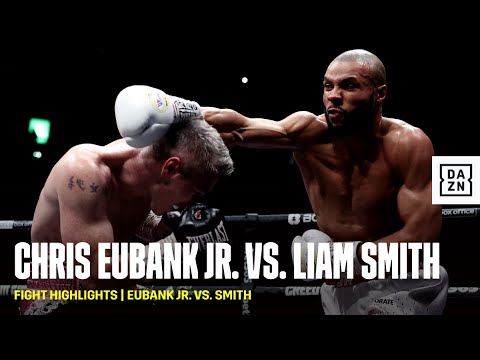 In the first round, Eubank used an effective jab while Smith’s hands held high and landed the first solid punch halfway through the round on the chin of Eubank, who controlled up to that point with his jab. In the third round final minute, Eubank landed half a dozen right uppercuts to the chin of Smith.

In the fourth round, two left hooks from Smith on the chin of Eubank and down he went for an 8-count from Referee Viktor Loughlin. He got up completely out of it with his legs gone. Smith jumped all over him, landing a flurry and dropping him again as the referee had no choice but to stop it. Eubank had a lump the size of a golf ball under his right eye. The fight looked like Rocky 1.

In the first two rounds, Essuman forced the action against the taller Kongo, who countered with long jabs to the body. In the fourth and fifth rounds, Kongo took over, overpowering Essuman with his reach and following with chopping rights to the chin.

From the sixth through the eighth, there was more wrestling than fighting. In the ninth, Essuman had Kongo pinned to the ropes, for the most part, hurting him with a left and right to the head, making him hold to get through the round. In the tenth, Kongo did enough to win the round.

In the eleventh round, Essuman had Kongo against the ropes for the most part. In the twelfth and final round, at the end of the first minute, an overhand right from Essuman on the chin drove Kongo into the ropes and hurt. Essuman couldn’t follow up as Kong did much holding. The referee was Howard Foster.

In the first four rounds, Clarke dealt out a good bodywork having Espindola against the ropes the entire time. After the fourth round, Espindola quit due to an injured right hand. 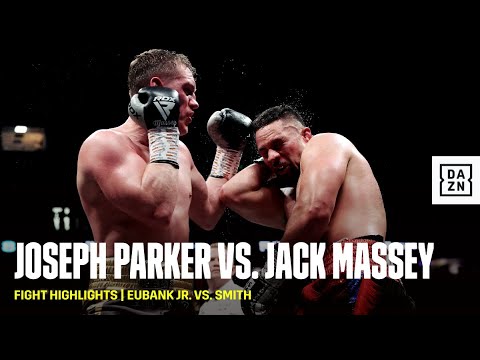 In the first four rounds, Parker was the aggressor using his jab to take all the rounds against defensive-minded Massey. In the fifth round, Parker backed Massey to the ropes with several rights to the chin. Massey continues to do too much holding.

In the seventh round, Massey suffered a small cut outside the left eyebrow. In the eighth round, Massey, after a minute, landed his first combination of the fight, starting with a left hook to the chin of Parker.

Within fifteen seconds to go, referee Darren Sarginson took away a point from Massey for excessive holding. In the tenth and final round, Massey’s left eyebrow cut started bleeding down the side of his face a minute into the round. There was more action in the final ten seconds than in the entire fight.

In the second round’s final minute, Riakporhe finally landed a punch, and it was a right on the side of the head of Glowacki, almost dropping him. Riakporhe let him off the hook. In the third round, once again, Glowacki was forcing the action until the final seconds when a right from Riakporhe on the chin got his attention. In the fourth round final minute, Riakporhe countered a body shot with a right on the chin, driving Glowacki into a corner with a flurry of punches before Referee Howard Foster waved it off.

Super Lightweight Frankie Stringer, of SP and Liverpool, UK, defeated Christian Narvaez, 16-52-6 (1), of NIC and Venice, Veneto, IT, over 4 rounds.

Conor Benn gloats after Eubank Jr knocked out by Smith »