Ajagba (17-1, 13 KOs) won his second straight bout since a 2021 defeat to Frank Sanchez. He had surgeries on both elbows after that fight and has re-established himself as a contender to watch. Shaw (18-1, 13 KOs) was ahead 58-56 on all three judges’ cards after the sixth but was outlanded 62-37 in the last four rounds. 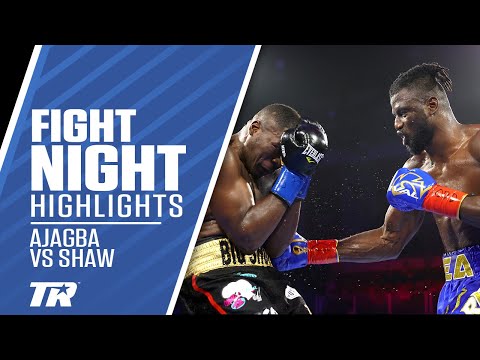 In a battle of jabs, Ajagba landed his with more frequency (90-48).

“I went back to the corner and they told me to let my hands go, keep throwing punches, my jab. I controlled the fight, so that’s how I won the fight,” Ajagba said. “He tried to land the big shots. I watched him to see what he was going to do. He kept throwing the jab, using the jab more.”

The heavyweight, spoiler, Jonnie Rice, did it again. Rice (16-6-1, 11 KOs) stunned Guido Vianello (10-1-1, 9 KOs), stopping the 2016 Italian Olympian in the seventh round. Vianello was cut over the left eye by a right hand in the sixth round, although the referee initially ruled it was caused by an accidental headbutt.

After a conference with the local commission, the ruling was reversed. Rice entered the fight coming off back-to-back victories over highly regarded prospect Michael Coffie.

“I did it again… another undefeated fighter,” Rice said. “I’m not here to call anyone out right now. I’m going to enjoy this victory and then see what’s next.” 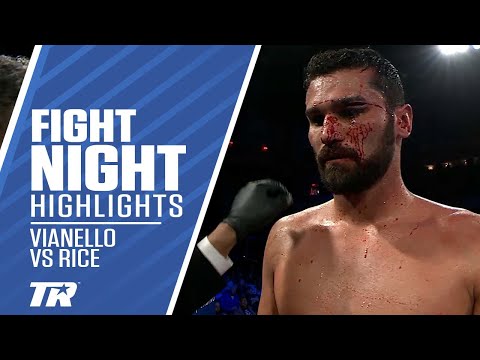 Junior Lightweights: Abraham “El Super” Nova (22-1, 15 KOs) exorcised the demon of last June’s knockout loss to Robeisy Ramirez and knocked down Adam “BluNose” Lopez (16-4, 6 KOs) twice to win a 10-round unanimous decision. The first four rounds were razor-thin, but in the fifth, Nova landed a left hook during an exchange that floored Lopez. In the sixth, Nova knocked down Lopez again, creating a wide gulf on the cards. Lopez buzzed Nova in the eighth but was unable to press the advantage. Scores: 97-91 and 98-90 2x.

Lightweights: Haven Brady Jr. (9-0, 4 KOs) dominated early and had to hold off the late charge of Colombian banger Ruben Cervera (13-4, 11 KOs). Brady was clipped with an overhand right at the end of the fifth round, but he weathered the storm and notched an eight-round unanimous decision. Scores: 80-72, 79-73, and 78-74. 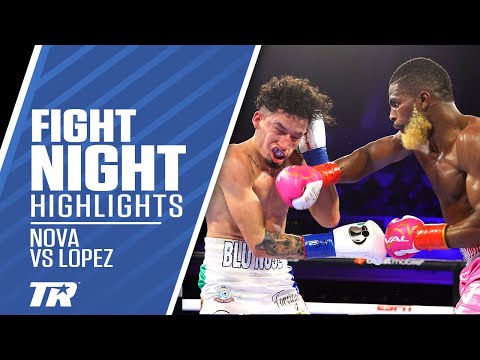 Welterweights: Local favorite Bryce Mills (11-1, 4 KOs), from nearby Liverpool, New York, had the fans on their feet from the time he made his ring walk. He did not disappoint, shutting out the aggressive Margarito Hernandez (3-4-1) over six rounds. Scores: 60-54 3x.

Welterweights: Brian Norman Jr. (23-0, 19 KOs) made his Top Rank debut and shook off the ring rust with an eight-round unanimous decision over Argentina’s Rodrigo Coria (10-5, 2 KOs). Norman nearly stopped Coria in the opening round, but the southpaw veteran survived and even stunned Norman with a lead left hand in the seventh. Norman scored a knockdown with a left hook in the eighth round to secure the win. Scores: 79-72 and 77-74 2x.

Light Heavyweights: Cleveland-born prospect Dante Benjamin Jr. (5-0, 3 KOs) prevailed in the battle of unbeatens with a first-round round TKO over Emmanueal Austin (6-1, 6 KOs). Benjamin knocked down Austin with a left-right combination. Time of stoppage: 2:50. 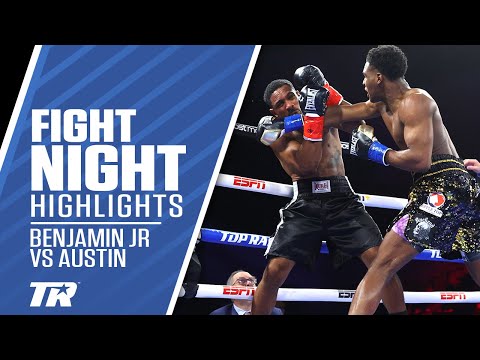