By Sean Jones: Jose Benavidez Sr says Caleb ‘Sweethands’ Plant is suddenly producing “magical powers” similar to the ones that Canelo Alvarez possessed when he was knocking everybody out, breaking arms and jaws.

Jose Sr. says Plant (22-1, 13 KOs) couldn’t crack an egg before, and now he’s become powerful overnight. Benavidez Sr says his son, former two-time WBC super middleweight champion David Benavidez (26-0, 23 KOs), will deal with Plant’s newfound powers and kick his “a**” and then move on from there to face Canelo Alvarez or Jermall Charlo.

Since Jose Sr. has serious doubts that Canelo will ever agree to fight Benavidez, he wants to line up a fight with Jermall (32-0, 22 KOs) because he recently said he wanted to fight the Plant-Benavidez winner.

Jose Sr. says he suspects that Jermall was “drunk” when he was talking about wanting to fight Dmitry Bivol, but on the same night, he said was interested in facing the Plant vs. Benavidez winner.

If the 32-year-old Jermall wants the Canelo fight, he will need a big win over the Plant-Benavidez winner because his victory a year and a half ago against Juan Macias Montiel isn’t a good enough win for him to get the Alvarez fight.

Benavidez doesn’t have much to gain from fighting Plant other than a victory over a guy that tried to befriend Canelo in the middle of their fight last year, and then wound up getting knocked out.

If Benavidez can’t get the Canelo fight if he’s victorious against Plant, then the only possible big fight that he can look forward to in the short term would be against Jermall if he moves up to 168.

Unfortunately, it’s doubtful that Jermall was serious when he said he was interested in fighting the Plant vs. Benavidez. Jermall has been too inactive in the last three years to be taken seriously when he talks about fighting Bivol, Plant, or Benavidez.

“Yeah, everything is signed and ready to go. As I said, I hope he makes it to the fight,” said Jose Benavidez Sr to Fight Hub TV about Caleb ‘Sweethands’ Plant in his fight with David Benavidez. 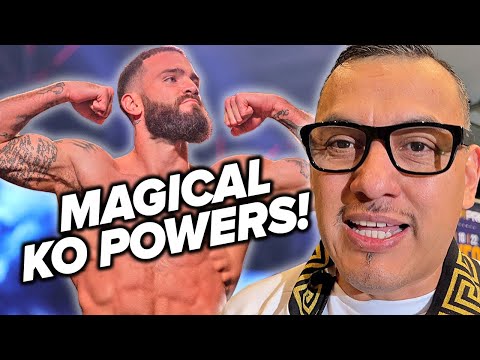 “Like I said before, now, we’re dealing with a different Caleb Plant. He has these magical powers now. Like Canelo, he was breaking arms, breaking jaws now.

“Maybe he went to talk to Canelo, and now he’s possessing the same powers that Canelo was possessing. Before, this guy [Plant] couldn’t break an egg. Now, he’s knocking people out. It’s unbelievable. I think he has special powers now.

“I think we’re going to have to see where those powers are coming from and deal with it. I think it’s a great fight with powers or no powers; we’re going to kick his a**.

“David is a monster and super motivated. I think that’s all we need. Motivation and hard work to overcome those superpowers that Caleb Plant possesses.

“We gave him everything he wanted, but I think he’s still finding a way out. I’m praying for him. Training hard, and hopefully, he can make it to the fight,”  Jose Sr continued about the Plant vs. Benavidez contest in April.

“Right now, we don’t know. It’s going to be in March, or April. We’re just waiting for the date. We’ll know in about a week. I think that’s what they’re waiting for to make sure nobody interferes with nobody,” said Jose Sr. about the Plant vs. Benavidez fight schedule, waiting until Canelo Alvarez’s next fight date is revealed.

“The only thing he needs is a red nose,” said Jose Sr. when told that Jermall Charlo wants to fight WBA light heavyweight champion Dmitry Bivol. “He’s a f***ing clown walking around. I think he should join a circus.

“I’m pretty sure that we’re going to beat this other clown Caleb Plant, so why not. If you really want, let’s make it happen now. Let’s sign the fight now. He [Jermall] just wants some publicity. He was drunk; that’s probably what it was. Let’s make it happen.

“Come on, bro,” said Jose Sr when asked if Jermall Charlo beats Dmitry Bivol. “He can’t even beat nobody at 168. What makes you think he can beat anyone at 175? I don’t know what he’s on.

“First, let’s see you go to 168 and see what you can do. Maybe if he beats David [Benavidez], then he has a big opportunity to beat Bivol. Come on; he’s looking at the big boys. Bivol just beat Canelo. Come on, have some respect. He’s [Charlo] just talking s**t; that’s all he does.

“That’s the only thing he does. Let’s make the fight happen. That’s what he should do. That’s what it and that’s why I’m saying he should sign the paper now,” said Jose Sr. about the winner of Plant-Benavidez getting a fight against Canelo next.

“The winner of David Benavidez and Caleb Plant, he’ll fight. Why not make that deal now, the winner of it? We’re down; let’s make it happen. If we win, we’ll fight you. I don’t know about the other clown [Plant] if he’s going to fight him. We’re down to make that fight happen.

“Whatever happens, we can take this guy out and then go to the next one. He’s [Plant] a good fighter. He has good footwork. He has a little bit of speed,” said Jose Sr.


« Shakur Stevenson talking George Kambosos next for March or April