Who should Ryan Garcia fight in tune-in January?

By Craig Daly: Ryan Garcia has pressure on him to face a well-known quality opponent for his January tune-up to match the elite-level guy that Gervonta ‘Tank’ Davis is facing that month against Hector Luis Garcia in Washington, D.C.

With the money Ryan (23-0, 19 KOs) will be getting for his 136-lb catchweight fight on April 15th against Tank Davis, Kingry can’t afford to take on someone a little too good for his tune-up bout.

After all, the 24-year-old King Ry’s best opponent to date is washed-up Javier Fortuna, whose career went downhill six years ago when he was knocked out by Jason Sosa in 2016.

At this stage in Ryan’s career, he should at least be facing fighters like Arnold Barboza, Isaac ‘Pitbull’ Cruz, William Zepeda, and Subriel Matias.

It will be a bad sign if Ryan faces someone like Fortuna or Emmanuel Tagoe for his tune-up fight in January because that’s just going to reinforce the view of knowledgeable boxing fans that he’s nothing but an Instagram/social media boxer on the same level of the YouTubers Jake Paul and KSI. In other words, junk boxing instead of quality stuff.

At this point in Ryan’s career, he needs to begin fighting good opposition at 135 & 140 rather than the over-the-hill and little-known fodder that he’s been feasting on to make him look better than he is.

“He’s probably going to have to fight someone that people know, people respect to some degree, and maybe a guy that is at least as good as [Javier] Fortuna or better,” said Akin Reyes to DAZN Boxing about the tune-up fight for Ryan Garcia in January.

“We don’t people saying, ‘Look at Gervonta Davis fought on January 7th in Washington, D.C, and now look at who Ryan Garcia is fighting for his tune-up.’

It’s pathetic that Ryan fought Fortuna in his last fight rather than one of the talented contenders in the 135-lb division. 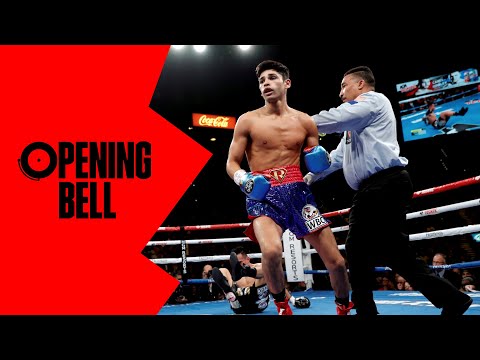 Could Gervonta Davis lose to Hector Luis Garcia on Jan.7th? »