By Dan Ambrose: Trainer Robert Garcia believes the unbeaten Vergil Ortiz Jr will give Jaron ‘Boots’ Ennis a lot of “trouble” when or if they fight.

Garcia acknowledges that fans will pick ‘Boots’ Ennis (29-0, 27 KOs) to beat Vergil, but he says he would have to “kill” him to win that fight.

The pressure that the 24-year-old Vergil (19-0, 19 KOs) would put on Ennis will wear him down in the second half of the fight, making him vulnerable.

What makes it difficult to view Ortiz as having any chance against a talent like ‘Boots’ Ennis is how he struggled in his last two fights against Michael McKinson and Egidijus ‘Mean Machine’ Kavaliauskas. Vergil looked beatable in both of those fights and was getting hit a lot.

‘Mean Machine’ staggered Vergil in their fight last year and had him on the verge of being knocked out early in the contest. As such, if Ortiz is struggling to beat fighters like Kavaliauskas and McKinson, it suggests that he will not do well against a talent like ‘Boots’ Ennis.

“Skills-wise, he boxes great; he punches very, very hard. So 90% are probably going to say ‘Boots’ Ennis. You can outbox him for six or eight rounds, but Vergil has that power and that heart and that chin that you’re going to have to kill him to beat him.

“So Vergil could only take one punch, one round, to win a fight. Those are the tough guys to beat because they’re not going to go down that easy,” said Robert.

With the way Vergil is being matched by his promoters at Golden Boy, we’re probably not going to see him mixing it up against a talent like ‘Boots’ Ennis for many years. By the time we see them fight, Vergil might have already gotten beaten by somebody else, which would zap much of the fan interest in seeing him take on Ennis.

“Vergil is going to be in shape to go 15 rounds. So you’re not going to stop him. You have to knock him out to stop him. That’s why I think people are probably going to pick Boots Ennis [to beat Vergil],” Robert said when asked about Ortiz’s recent fight against Michael McKinson.

“I’m not going to say he [Vergil] was troubled, but it wasn’t his best performance coming off the trouble that he had. He was sick and was in the hospital.

“So a lot of that had to have an effect on his performance. So due to that, 90% of the people are probably going to pick ‘Boots’ Ennis [to beat Ortiz], but I just know that ‘Boots’ Ennis has never been tested against a dog like Vergil.

It would be nice if Golden Boy were to start matching Vergil against quality fighters, but it appears they’re focusing on putting him in with soft touches.

Vergil is being matched by Golden Boy like they’ve been doing with Ryan Garcia. If you look at the fighters Ryan is facing, he’s being put in with old dogs with no power, who are well past their prime.

There’s little chance Golden Boy would throw Vergil into the ring with a dangerous fighter like ‘Boots’ Ennis and watch him get torn apart. 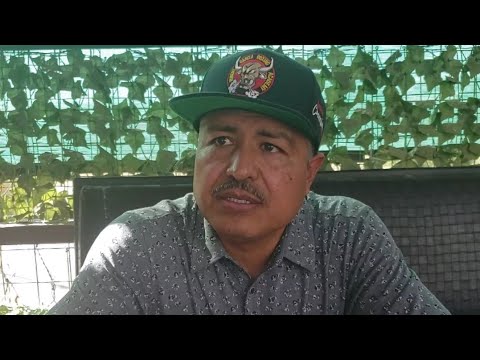 Gervonta Davis: “I’m going to grab it”, fighting on Jan.7th »