By Charles Brun: Tyson Fury lashed out at the critics of his fight against journeyman Derek Chisora today, basically saying that they shouldn’t criticize his title defense unless they’ve battled for a world title and punched in the face.

WBC heavyweight champion Fury (32-0-1, 23 KOs) is hyper-sensitive to the criticism surrounding his decision to ram his title defense against the undeserving Chisora (33-12, 23 KOs) down the throats of his fans.

Boxing is being hurt by fighters like Fury, who, instead of choosing to face younger fighters and bring new blood to the sport, are content to use old washed-up opponents that fans have heard of but won’t make for an exciting fight. Hence, we’re seeing Fury fight the over-the-hill career gatekeeper Chisora and likely Anthony Joshua facing the shot Dillian Whyte next.

Fury should be fighting guys that haven’t gotten a title shot so the sport can grow, but he’s choosing not to do that. Chisora fought for a world title years ago against Vitali Klitschko, and he’s done nothing to deserve another title shot other than lose 3 out of his last 4 fights.

Fighters can get away with facing lesser opposition in boxing because they’re not forced to face the best much of the time, like in other sports, which have schedules, playoffs, and super bowls. If NFL or NBA was run the way boxing is, teams could pick from the bottom to ensure they never lose.

The underlying message that Fury is giving his fans is that they shouldn’t have an opinion about who he fights. So if he wants to fight second-rate fodder opposition like the 38-year-old Chisora, they can’t say anything about it.

“I’m not so sure about that because it’s sold 70,000 tickets,” said Fury when told that a lot of fans might not want to pay to see something they’ve already seen twice before. Somebody that wants to see it is 70,000 people.”

What Fury isn’t saying is that many of those tickets that have been purchased for his fight are that they’re rumored to have been bought by ticket scalpers rather than fans.

Just how many actual tickets were purchased by fans is unclear. It wouldn’t be surprising if as little as 10,000 tickets were sold to real fans, and the rest of them scooped up by ticket resellers.

“I find the motivation because he’s a challenger; he’s a dangerous man trying to take my titles, and I’m the man trying to defend them. Who they beat, I don’t really care because I know what I got to do. I’ve got to win.

“It’s not about finding motivation because of a name. All these people are just names to me, whether their names are Usyk, Chisora, Whyte, or Wilder. They’re just surnames; they’re just bodies. That’s all they’ll ever be,” said Fury. 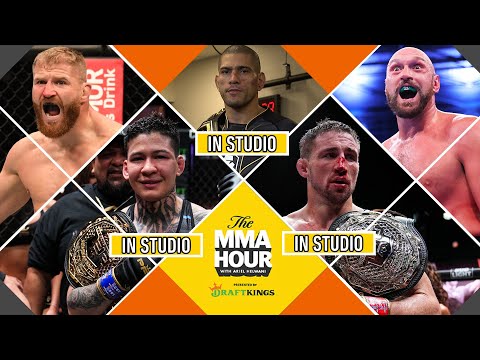 Devin Haney is “too smart” for Lomachenko says George Kambosos »