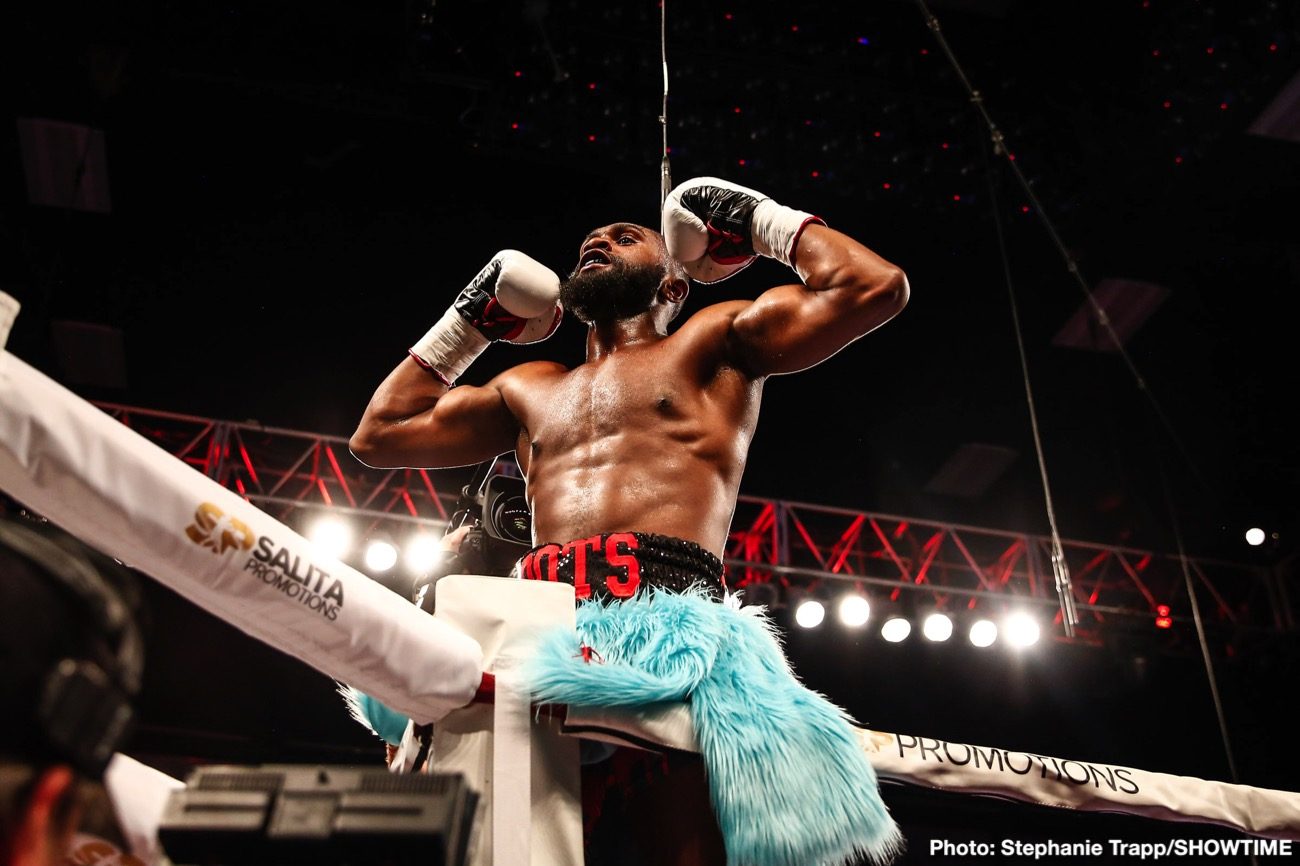 Van Heerden fought both of them, and he says that when Boots Ennis (29-0, 27 KOs) hit him in their fight in 2020, the power was on another level than Spence.

With that said, Van Heerden believes that Spence (28-0, 22 KOs) would beat Boots because he’s got the advantage in experience and is more technically sound.

Ennis, 25, is the younger fighter, and he wants a title shot against Spence, but it hasn’t happened. With Spence likely to move up to 154 soon, he’s probably not going to Boots a title shot before he vacates his belts.

You’d like to see Spence give Boots a title shot, especially with the Terence Crawford fight not happening, but it’s not realistic that will be happening.

“I’ve been hit by Spence a lot. I’ve been hit by Ennis to know that it didn’t drop me, but when he hit me, it was like, ‘Oh boy,'” said Chris van Heerden to Fight Hub, talking about the difference in power between Jaron ‘Boots’ Ennis and Errol Spence Jr.

“Ennis’ power is even more than Spence’s power; I’ll tell you that. When Ennis hit me, I got a little scared. I was like, ‘Oh damn, this is different power.’

“Spence is technically a clean fighter. It’s 80% stings. It’s numb power. Ennis is wild. He jumps in; he’s ferocious, he’s wild. When he hit me, it like a red light went off. ‘Oh, this is why this guy knocks out everyone.’

“He’s got power; the boys got power. I’m thinking immediately in my head in that round was, ‘He hits harder than Spence.’ I took Spence’s power. Spence had a 90% knockout ratio when I fought him. When Spence hit me, I respected his power, but I was like, ‘Wait, this is not enough power to singlehandedly knock me out.’

“When Ennis hit me, my mind went, ‘Oh s**t, I’ve got to keep my hands up because this kid could knock me out with one punch.’ He’s got power, man. Real power. Both have real power, but Ennis does make a noise.

“Right now, not,” said Van Heerden when asked if Ennis beats Spence. “You can’t say that Ennis is up-and-coming. Ennis has nearly 30 fights. Ennis is not a baby anymore. He’s a real fighter.

“But technically, Spence does so well. Ennis is a little bit wild, and a guy like Spence that is such an elite-level fighter, he’s going to make you pay if you’re wild.

“Terence is a 135-pounder coming up. I stood in front of Terence. He’s very small compared to Spence. He’s the more athletic, the more skilled, Terence Crawford. But could Terence Crawford handle Spence’s power? Round one, round two, maybe yes.

“When Spence fought Lamont Peterson, I said, ‘Spence breaks you down. You might think you can handle his power, but when you get to round six, you’re legs are gone because the boy breaks you down.’

“When he fought Lamont Peterson, he showed again. I said, ‘Spence is going to touch that body, and he’s going to stop moving,’ and that’s what happened to him.

“Now, who do I favor? I do favor Spence because he’s the bigger 147-pounder. But Terence is the more athletic, skilled fighter, but I’m still backing Spence to beat him. That’s what he’ll have to do. Break him down, and the referee stops the fight. So I would lean towards a late-round stoppage.

“Once he’s figured out his rhythm and he’s tagged you, he just tags you and tags you and gets stronger every round. It adds up. I feel Sppence has a tight defense, he’s very smart, and he gets better and better.

“It’s two elite welterweights, two of the best welterweights in the division. One of them is going to make a mistake, and he’s going to pay, but I still favor Spence,” said Van Heerden. 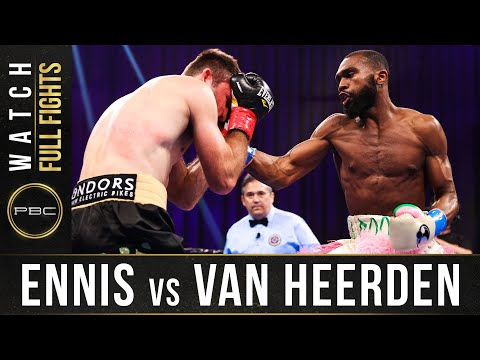 Should Jermall Charlo be stripped of WBC 160-lb title for inactivity? »