By Chris Williams: Terence Crawford is doing a good job of promoting his December 10th fight against David Avanesyan by frequently mentioning Errol Spence’s name to build interest in the match on BLK Prime pay-per-view.

What better way to create interest in the Avanesyan (29-3-1, 17 KOs) than by using Spence’s name constantly to get people thinking about that one?

Whether intentional or not on Crawford’s part, it’s an ingenious way to get both casual and hardcore boxing fans interested in wanting to see him defend his WBO welterweight title against the little-known Avanesyan on December 10th at the CHI Health Center in Omaha, Nebraska.

“There ain’t no reason to talk to him,” said Terence Crawford to DAZN Boxing Show about Errol Spence when asked if he’s spoken to him since he bailed on their negotiations.

“I’ve been talking to them since June, July,” said Crawford about BLK Prime. “We never had negotiations. We were just talking, getting to know one another. Once they let me know they wanted to do something, I stated, ‘This is my main priority, my first priority.’

“I’m not going to go into details about who it was and what,” said Crawford about the company that offered $50 million for a fight between him and Spence.

“I told him on FaceTime, and not once did he say, ‘Who is the hedge fund? Where is the money?’ Never in a million years did he ask those types of questions. That’s water under the bridge.

“At a certain point, you get tired of it. You put everything into it and not getting anything out of it, and everyone is blaming you,” said Crawford about the Spence fight.

“Either I do it, or I don’t do it, I’m still at fault. I’m kind of disappointed with the way the negotiations went with me and Errol Spence. Of course, they’re going to try and throw shade on the [Avanesyan fight].

“This guy I’m fighting is a real guy. He’s a real challenger. He’s dangerous because he’s got everything to win. Those guys with nothing to lose are the most difficult fights.

“There’s a reason why a lot of people turned this guy down and didn’t want to fight him and he didn’t get his shot,” Crawford said about Avanesyan.

“I’ve been training really hard like anybody else. I don’t take anyone lightly. On December 10th, I’m going to look to put on a show like I do each and every time,” said Crawford. 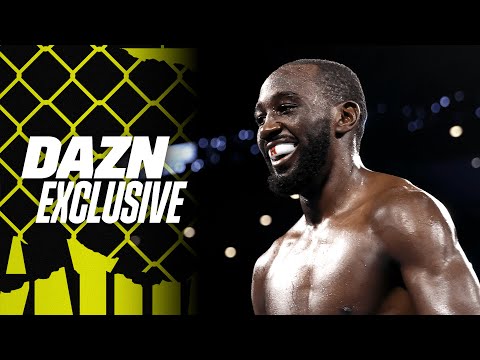 
« Janibek quotes for Saturday’s defense against Denzel Bentley on ESPN+

Janibek Alimkhanuly vs. Denzel Bentley tonight, preview and time of the fight »