How will Dmitry Bivol handle 168 for Canelo Alvarez rematch?

By Jack Tiernan: Paulie Malignaggi wants to see Dmitry Bivol move down to 168 for his rematch with Canelo Alvarez next May.

Canelo’s inability to adapt in his loss to Bivol means that he will need a weight handicap to give him a fighting chance of winning. The pride of Canelo may get in the way of his agreeing to a fight with Bivol at 168.

Alvarez is not going to want to look weak in the eyes of the boxing public, and he surely will if he agrees to Eddie Hearn’s idea of him defending against Bivol at 168.

Since Bivol has never done it before, it’s hard to say that he can get away with it without being weakened from the weight drop. One thing is for certain, though, that unless Canelo has a weight handicap, he stands no chance of beating Bivol.

Canelo doesn’t throw enough punches to defeat a fighter like Bivol, and he’s not going to win by loading up on single shots like he did last May in his 12 round unanimous decision against him.

As far as Bivol’s options for his next fight, he’s basically limited to these three:

“You could tell that Bivol got into Zurdo’s head. He didn’t fold, but he folded the advantages to Bivol,” said Paulie Malignaggi to Paulie TV about last Saturday’s victory by WBA light heavyweight champion Dmitry Bivol vs. Gilberto ‘Zurdo’ Ramirez.

“I don’t know what Dmitry Bivol does next. I’d love to see the Canelo Alvarez fight at 168 where he can go for the undisputed title. I think that’s a fight that interests Bivol very much.

“Where does Zurdo go from here? I’d like to see Zurdo against Beterbiev at this point. What else is he going to do? Bivol has a world title, and Beterbiev has all the rest,” said Malignaggi.

Ramirez (44-1, 30 KOs) probably won’t get a shot against IBF, WBC & WBO light heavyweight champion Artur Beterbiev because he’s not going to be free until 2024.

“Zurdo is big enough where he can go to cruiserweight,” said Malignaggi. “He’s that big, but I don’t know what kind of options he’s going to have. I’d like to see Zurdo in with Beterbiev. Although he fought bad in getting backed up by Bivol, he’s definitely going to get backed up by Beterbiev.

“It’s a problem to say, is he even going to be competitive with Beterbiev? Beterbiev will also back him up, and he also has the same Eastern Euro-Russian mentality where he’s going to stay in your face and force you to back up. Zurdo doesn’t do well in those situations.

“Beterbiev is even more dangerous at doing that because he punches.  so hard. Maybe you guys have some ideas about where Zurdo Ramirez can go from here. With a 44-1 record, it’s not like you just hang them up. I’m thinking maybe the cruiserweight division.

Canelo Alvarez was talking about fighting that guy Makabu. I think Zurdo could match up well against Makabu. He might even be able to beat him. At light heavy between Beterbiev and Bivol, it’s a difficult weight class to campaign at. You also have some good young fighters.

“Unless Zurdo wants to be an opponent for a prospect, I think he should go up to the cruiserweight division and fight Makabu. I’d like to see Bivol at super middleweight. I don’t know what Canelo is going to do next. He talked about he wants to avenge the Bivol fight.

“I don’t think he can beat Bivol, but it’s interesting at 168 because it’s Canelo’s main weight class, and he has the undisputed title. Also, you have to see how the weight cut affects Bivol at 168. He says he can make it well and good and get a shot at the 168-lb titles. But you really don’t know that until you see it.

“So, I think there’s a curiosity about that fight. I wouldn’t mind seeing it, and that’s it. Everybody would love to see Beterbiev go at it for the light heavyweight undisputed title.

“So if Canelo has got that carrot dangling in front of Bivol, he may want to stay away from Beterbiev. That’s not to say that Beterbiev beats him, but obviously, I think Beterbiev would be favored against Bivol.

“He sort of accepted the fact that Bivol was going to command the pace and command the way this fight goes. From that point on, the fight was not competitive. It was interesting to watch because you were wondering that with Zurdo being a big light heavyweight and a southpaw and has been so effective that he’s going to find a way to make this competitive once that Bivol has gotten into his head. He never did that.

“People complain about Canelo Alvarez because he’s such a big superstar that he never has a plan B. When you start taking snd start beating him, he’s never able to make an adjustment. While that is a big criticism to make for a top fighter. A top fighter is supposed to always make some adjustments.

“Zurdo Ramirez had the same problem. There are a lot of fighters that, once you back them up, they are not the same, and Zurdo ended up showing that he is not the same if you back him up.

“You have to back him up with your own risk and you’re own ability. Dmitry Bivol showed that he has that ability, and he has that mental mindset, and mental strength.

“He has that ability to control at the edge of range where he’s going to be dangerous and stay in your face. He has the mean streak to do that as well,” said Malignaggi. 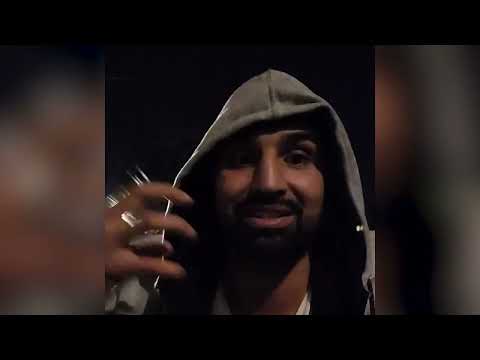 Next to challenge the Mayweather record »