By Barry Holbrook: Eddie Hearn feels that he’s received a lot of undeserved criticism from people in the aftermath of his fighter Conor Benn’s two positive tests for the banned PED clomifene.

Hearn has been getting dumped on by boxing fans for failing to immediately reveal the news of Benn’s positive tests to the media for his canceled fight with Chris Eubank Jr last October.

Ultimately, the Eubank Jr-Benn fight was canceled after the British Boxing Board of Control failed to sanction it, but people felt that it should have been Hearn to be the one to call off the fight in a proactive manner after finding out about Benn’s positive tests.

Moreover, Hearn’s repeated assistance that Benn will be cleared due to contamination it’s made things worse for him, throwing fuel on the fire and giving fans the belief that he’s okay with what transpired.

At this point, fans will never believe that Benn was innocent, even if he’s eventually cleared by the BBBofC.

In hindsight, some would argue that Benn would have made things easier on himself if he’d admitted wrongdoing from the start because it would look like he feels a sense of contrition for his actions.

Benn has since given up his British boxing license, but he continues to claim his innocence and feels that it’s going to be proven.

‘I’ve put my balls on the line for this kid because I believe in him, and I’ve looked him in the eye on dozens of occasions since it happened…and I know how he conducts himself in life, and I honestly believe he’s innocent.

“It’s soul-destroying when people accuse us of not respecting the sport. Conor’s reputation has to be rebuilt, but I feel we’ve been shafted,” said Hearn. [It]”will take a lot for him [Benn] to come back.”

“It is so sad because both fighters trained so hard, and during the week of the fight, it gets canceled,” said Amir Khan to Secondsout about the Chris Eubank Jr vs. Conor Benn fight.

“It would have been a good fight to show fans how good of a fighter he is. Maybe the fight should happen down the line. Maybe there’s a valid reason for the fight not to happen.

“It doesn’t matter how it got into their body. I think when a fighter is positive, it’s positive. They should be banned. If the person did it once before, they can do it again. My advice would be to come clean.” 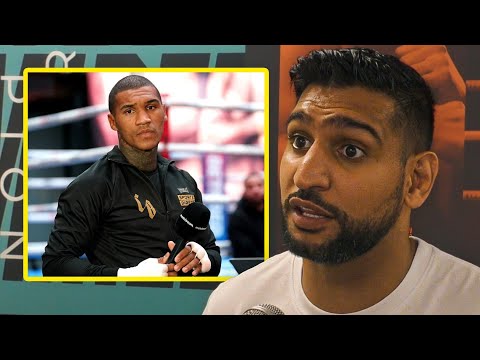