By Robert Segal: Undisputed lightweight champion Devin ‘The Dream’ Haney and Vasyl Lomachenko negotiations have officially begun for a fight that is being pegged for early 2023, according to Top Rank.

We’ll have to see if the negotiations produce a fight because Haney (29-0, 15 KOs) said the bout with the former three-division world champion Lomachenko (17-2, 11 KOs) would need to make sense.

Haney would be the A-side, and whether the fight is made or not will be determined by how desperate Lomachenko is to make it happen.

Haney looked huge when he stepped into the ring after Lomachenko’s win over Jamaine Ortiz on October 29th at Madison Square Garden in New York.

It won’t be surprising if Haney fails to make weight, which would mean that the four belts would be available to Lomachenko only.

Given that Haney is expected to move up to 140 soon, perhaps after his next fight, he probably won’t be too despondent about missing weight. As long as he gets the win, that’s all that matters.

“Lomachenko is an excellent fighter, but we saw him lose to a much bigger Teofimo Lopez in 2020. Teofimo looked at least 15 pounds heavier than Loma, if not 20.

“There’s no other opponent we’re looking at, and he’s not looking at nobody. I know I won’t be given the opportunity to make the announcement. We got a company in Top Rank that is willing to do it.

“We got a broadcaster in ESPN that is interested in it and loves the idea of it. They’ve been behind Devin and George Kambosos, both one and two. All the right players are behind it, and now it’s just about the Xs and the Os.

“As long as Lomachenko is next, we don’t want to put the horse before the carriage in terms of what people are going to think,” said Bill about whether Haney will get credit for beating the 34-year-old Lomachenko, who looked poor in his recent fight against Jamaine Ortiz. 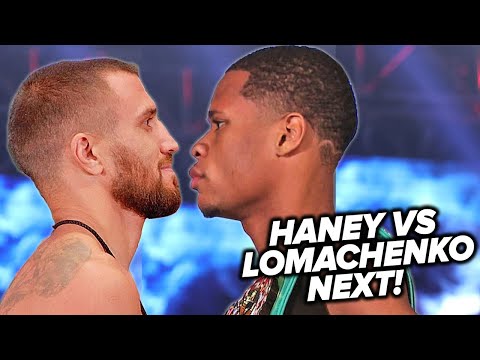