Canelo views the Benavidez vs. Plant fight as one that will be competitive. Ultimately he feels that the former two-time WBC super middleweight champion Benavidez (26-0, 23 KOs) will come out victorious against the 30-year-old ‘Sweethands’ Plant (22-1, 13 KOs).

What  Canelo isn’t saying is whether he’ll agree to face Benavidez after that because, thus far, he’s conveniently chosen to face arguably lesser fighters except for his fight last May against WBA light heavyweight champion Dmitry Bivol.

Canelo already beat Plant last year,  stopping him in the 11th round in a competitive fight. Plant gassed out in the second half of the fight and looked to some like he quit.

When Plant got tired in the ninth, he started a conversation with Canelo, looking for validation of his skills and seemingly wanting the Mexican star to take it easy on him. Unfortunately for Plant, Canelo chose to pour it on, battering the tired Tennesse native until halting him in the 11th.

“It’s going to be a very competitive fight between the two; I believe that Benavidez wins,” said Canelo Alvarez to Bet365.mx about his prediction for the WBC-ordered Caleb Plant vs. David Benavidez fight next March.

It’s a given that Benavidez will beat Plant, as he’s on another level in terms of speed, power, size, stamina, punch resistance, and youth.

If not for Plant needing a huge win to earn a well-paying rematch with Canelo, he likely would have nothing to do with Benavidez. Unfortunately for Plant, the only guy at 168 that can get him a second clash against Canelo is Benavidez.

It’s something Plant has to do, whether he wants to or not. If Jermall Charlo was willing to come up to 168 to fight ‘Sweethands,’ that would be another route for Plant to take to get the rematch with Canelo, but the WBC 160-lb champion is off the grid and hasn’t fought in a year and a half.

There’s little chance that Jermall will come out of his mansion for a risky fight against Plant.

“I am here to face the best and make the best fights in boxing; I am interested in all those fights, whatever leads me to make history; that is why I am here,” said Canelo. 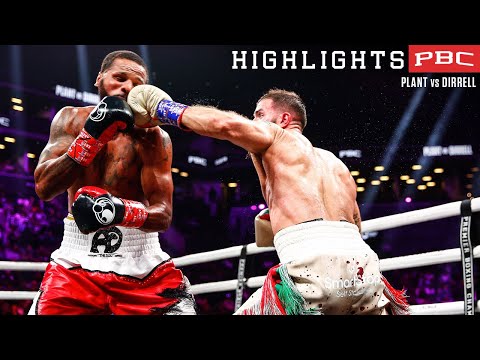